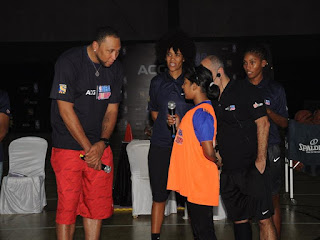 A year ago, NBA India teamed up with ACG Worldwide to launch a first-of-its-kind talent search programme, the ACG-NBA Jump. Since then, the following things have happened:
- The NBA saw hundreds of young players from around the country and picked 32 for the Finals in Delhi, attended by former NBA coach Brian Shaw.
- Palpreet Singh Brar won the contest.
- With help from NBA coaches and rigorous training, Palpreet attended the NBA D-League tryouts.
- Palpreet became the first Indian to be drafted directly into the D-League.
- The NBA launched a massive Academy for elite Indian talents to boost up top-level talent from the country.

It's been a year of rapid growth for NBA India, and young Indian talents can now have realistic dreams of seeing their potential recognized, honed, and improved to take the jump to the next level of the game. Earlier this week, the NBA announced the schedule of the second season of the ACG-NBA Jump programme, to continue its efforts in finding the top Indian players and boost up their talent pool for their upcoming Academy, set to open in Delhi-NCR by April.

The second season of ACG-NBA Jump was officially launched at the Kalina University indoor court in Mumbai in the presence of former NBA champion Shawn Marion, who was in India this week to promote the game of basketball. The programme that commenced this year would go on to provide the top 24 prospects with scholarships and training at the recently announced elite basketball training centre. 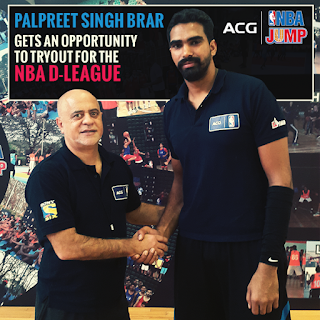 "The ACG NBA Jump programme, a feeder to NBA Academy India, has potential and a great opportunity for all the kids here in India," said Marion, "I wish we had a similar setup when we grew up. I wish I can be here for the entire programme and see through the talent that comes through. I wish the participants in India make the most of the opportunity created by ACG and NBA. India has a bright future of basketball players."

"The top 24 prospects from this year's programme will have the opportunity to receive full scholarships and NBA-level coaching at NBA Academy India when it is scheduled to open in April," said NBA India's Managing Director Yannick Colaco, "I encourage players between the ages of 13 and 17 to visit www.acgnbajump.com to learn more about India's largest national basketball talent search to date."

The NBA has invited individual players to participate in the ACG NBA Jump Official Tryouts. The entire tryout session in 2016 consists of six sessions, across the span of a couple of weeks. The first session, which took place in Mumbai on the 3rd of December has already been completed. The ACG NBA Jump officials invite players from every school/ district/ city and state to come and participate in the tryouts. NBA scouts will be present at the tryouts, too.

Eligibility criteria
1. Applicants should be born between 1st Jan 2000 and 31st Dec 2004
2. Competition is only for male participants

Check the ACG-NBA Jump website to register first, find out all the eligibility and registration details, and specific timings for each tryout in each city.

The second phase of the programme, a three-day national training camp, would culminate with the selection of the 24 prospects who would receive scholarships and training at NBA Academy India.
Posted by KARAN MADHOK at 23:28