The Indian national political map, of all our states and union territories, looks a little different when looked through the lenses of domestic sport. In Indian basketball for example, the Senior National Championship - India's largest domestic basketball championship - features teams in both men and women's divisions from most of India's states. But in addition to the state/territories, players who represent government units like the Railways (a combination of all Railway units from around the nation) and Services (a combination of military units like Army, Air Force, etc.) also exist on the same platform as the state teams. These teams have historically employed most of India's finest players and have had an enviable success rate in the national tournaments. 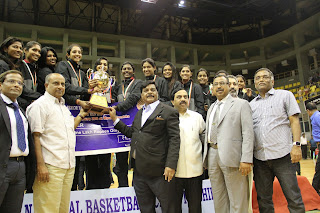 But the rift within the Basketball Federation of India (BFI) and the BFI's fissure with the Government's Ministry of Sports has caused yet another after-shock: in 2017, Railways and Services - both champions at the national level - may not participate in the 67th National Basketball Championship to be staged in Puducherry from next week.

An in-depth article on Sportstar by Kamesh Srinivasan published on Friday noted that Railways and Services had defaulted to pay their subscription fees to the BFI, which may lead the BFI to not include Indian Railways Men, Women, and Services Men teams in the 67th Senior Nationals. The BFI broke into two competing committees last summer, and the committee who has taken in-charge of the federation (as per their constitution), led by K. Govindraj as president, has not been recognised by the Government of India and the Indian Olympic Association (IOA), who have political ties with the other committee, led by Poonam Mahajan as president. Unlike other states, Services and Railways refused to pay subscription to this unrecognised federation.

In addition, both Services and Railways allowed their players to take part in the UBA Basketball League this year. The BFI had warned players, coaches, referees, and officials from taking part in "unauthorised" competitions like the UBA, and at the end of UBA's Season 3, the BFI went on to ban 122 individuals from all official India Basketball competitions. With several of their players now banned, Services and Railways have found little reason to pay subscription to the BFI. 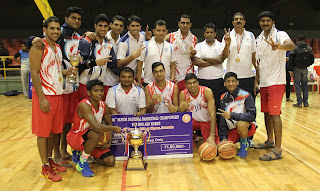 According to Srinivasan, both Railways and Services have contemplated holding back "no objection certificates" (NOCs) to their players from participating in other state teams.

Railways and Services are two of the strongest programmes in Indian basketball and dominate the Nationals nearly every year. Currently, Services (Men) and Railways (Women) are even the reigning champions of this tournament after winning the 66th Senior Nationals in Mysuru in January.

Even before the recent issues of subscription and UBA related matters, both the Railways and Services had not released their players to represent the country in the Asian Basketball Championship.
Quite interestingly, the Railways had relented in its stand and had given concession passes for teams to travel for national championships in recent months, organised by the Basketball Federation of India (BFI). The Sports Authority of India (SAI) has also allowed its coaches to be part of the federation activities.
Unlike the vertical split in some of the national federations, in basketball it was a clear case of the federation being on one side with its president, secretary general and treasurer, and the other faction trying to dictate purely on the powers of Chief Executive Officer (CEO) without the constitutional support.


I may sound like a broken record now, but as always, whenever men in suits who sit in offices have disagreements, it is players in jerseys who compete on the court that suffer. The players will once again be the victims of this: Services and Railways' players may not be able to compete either through their original employers or get the NOC to play through another state. The quality of basketball at the Senior Nationals in Puducherry next week will eventually suffer without several top talents and teams taking part.

There is still time for one of the two sides to cave and come to an amicable solution that is good for Indian basketball. With just about a week to go before the Senior Nationals, will anyone be able to beat the buzzer?

UPDATE: Railways have officially pulled out of the 2017 Senior Nationals, SportStar reported on Monday.

UPDATE: Good news! Railways and Services make a last-minute entrance to the Senior Nationals in Puducherry. The BFI was able to solve the differences between them and the two units on the eve of the national tournament.