For most of the world, Satnam Singh is the first name in the word cloud of 'NBA' and 'India'. The giant young man, born in humble beginnings of a Punjabi village, won a scholarship with IMG Academy at age 14 to learn basketball and study in the USA, made history by becoming the first Indian drafted to the NBA in 2015, and now, plays in the NBA's D-League. Satnam's is a true success story, of a young man who beat the odds to achieve more than his wildest dreams. 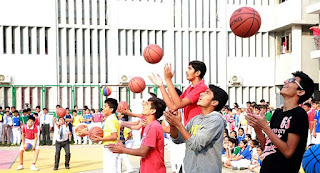 But, along with the story of Satnam's success, there is a story of some regret, too, on almost every step, of missed chances. Satnam was a rare case who happened to be discovered, in place of dozens more potential talents like him lost every year. Due to his poor English upon arrival to America, he struggled in the classroom, fell behind a year, and couldn't make the most of his High School experience. Eventually, his grades were too poor to get him a necessary college scholarship in the US, leading him to forego the option of college altogether to declare for the NBA. The good news is that he got drafted; the bad news is that, without skills still unpolished for the elite stage, he has yet to make his NBA debut.

Satnam - with his combination of size, skill, and youth - was truly a 'One in A Billion' talent, but his tale, a mix of caution and optimism, has added intrigue to the potential of many more talented NBA-worthy prospects from India. The NBA has, of course, taken notice, and successfully implementing a couple of grassroots development and talent-searching programmes, they are finally making the big splash that could potentially shake up basketball development in India and make a massive impact on the NBA's global growth.

On Tuesday, November 22, the NBA announced plans to launch NBA Academy India, an elite basketball training centre for the top male and female prospects from India, in Delhi National Capital Region (NCR). NBA Academy India, which is the first of its kind in the country, and the NBA’s fifth elite training centre globally, will be fully funded by the NBA. The Academy will open in April 2017 and will provide academic education through a school partnership. 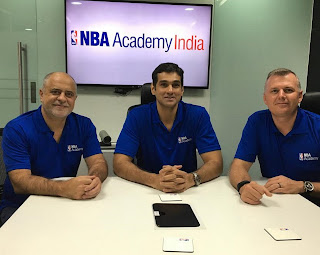 The NBA will conduct a national scouting programme beginning later this month to identify the inaugural pool of 24 elite prospects who will receive scholarships and training at NBA Academy India. The 24 prospects will be selected by February 2017. According to ESPN, the league is also in the process of selecting coaches, scouts and consultants who will staff and instruct at the academy. The academy plans to begin assembling a roster of top female athletes to train there soon after the facility begins operation.

Over the past few years, the NBA found success in developing basketball in India at the grassroots stage, through the Reliance Foundation Jr. NBA programme for youth development. For the more polished talents, they held the first-of-its-kind ACG-NBA Jump programme last year, a talent search that helped them find a young prospect to develop and send to the NBA D-League draft this summer. That prospect was Palpreet Singh Brar, who was drafted to the D-League by the Long Island Nets, only to be released from the team a few days later.

Now, the launch of NBA Academy India is sure to get prospects and fans excited for the future. If implemented as promised, the academy will prepare talents from a young age and provide for their education. This will open doors for many more Satnams to emerge from around India, and instead of being shipped off to a different country, these young players will be introduced to the larger basketball world in their own country. It should make for a smoother process in preparing the players physically and mentally for the NBA stage, and of equal importance, provide them with educational stability so they can have the option for higher education, too. 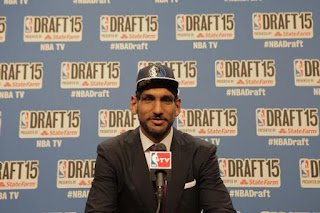 This will be the fifth such elite training centre globally and also, will be fully funded by the NBA itself. So far, the NBA has similar academies in Hangzhou, Jinan and Urumqi in China and one in Australia.

"The NBA remains committed to growing the game in India, and the launch of NBA Academy India marks our most significant investment in basketball development in the market,” said NBA Vice President, International Basketball Operations Brooks Meek. “This Academy will provide the top male and female prospects in India with world-class coaching and training, as well as academic support and an emphasis on life skills."

"NBA Academy India will help us identify and develop elite homegrown prospects and shape the next generation of national players," said NBA India Managing Director Yannick Colaco. "Youth basketball players in India have had relatable figures to look up to in Sim Bhullar and Satnam Singh, and now NBA Academy India will give them a platform to prepare for the opportunity to develop into a professional-level prospect."

A press release from NBA India declared that the NBA Academies, which will consist of a network of elite training centers around the world, include educational development for top international male and female prospects and mark the NBA’s most significant investment in elite player development. The initiative will support existing international basketball academies by exposing elite prospects to NBA-level coaching, facilities and competition and by providing a global framework for elite-level prospects to maximize their success. NBA Academies will employ a holistic, 360-degree approach to player development extending beyond the court by focusing on education, leadership, character development and life skills.

The prospects at the NBA Academy India will play against top domestic and some international teams. Each centre will feature Under-18 and Under-16 teams, reported Northbridge Times, with travel sides selected for international events. Ultimately, the most promising players at NBA Academy India will be considered for promotion to the NBA Global Academy, which the league recently established in partnership with Basketball Australia in Canberra as an international hub for the training of elite prospects.

In an editorial for Sportstar, Colaco called this academy a 'game-changer' for Indian Basketball. 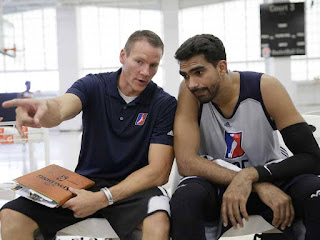 The NBA believes that it is the utmost essential element, to not only develop but also create avenues that would generate a pool of elite players of national/international standards.

Each of our elite training centres will be staffed with NBA-trained coaches to foster the development of prospects, on and off the court, both during and after their basketball careers. We think top international prospects will benefit from a complete approach to player-development that combines NBA-quality coaching, training and competition with academics and personal development.
The selected 24 players will get a 100% scholarship and receive high-quality education, which takes care of one of the key concerns of Indian parents. More often than not, taking up basketball hasn’t been considered as a secure career.


"It will be the largest ever investment made by NBA globally in elite development centre," Colaco said on the Deccan Chronicle. "We have identified about six facilities in NCR already but it may take 30-45 days more to finalise the centre."

When the global academies were first rumoured to be in the planning stage a couple of months ago, I wrote that an academy in India will allow the NBA to go out and nurture the talent themselves, instead of waiting for the end product to arrive to them on draft day. What this means is that, instead of waiting for state level federations or the Basketball Federation of India (BFI) to identify and develop our players in their own, flawed way, the NBA will be able to give the best young Indian players a higher level of of coaching, administration, development, and educational options.

India has its own specific conditions and expectations: the NBA will have to work with a careful balance of bringing their knowledge and expertise of the game to India, but at the same time, understanding the limitations of what works - and doesn't work - in the Indian environment and cultural setting.

For the NBA, their vested interest in developing more international talent will help basketball as a whole become a larger sport worldwide and help spread the NBA brand globally. If India can have more players in the NBA or in NBA contention, then fans here are more likely to become larger consumers of the NBA brand, too.

The academy is a long-term plan: India won't start developing superstar, NBA-ready talents overnight, but this academy will definitely sow the seeds to help young players make a jump into elite basketball company, and also provide an aspirational goal to many more young players around the country.

Satnam is in the history books. He was the first. Hopefully, with the help of this academy, there will be many more following in his footsteps.
Posted by KARAN MADHOK at 01:18