Now, despite my love for the game, I'm not suggesting that basketball is the biggest sport in India. The most popular sport, which is also the richest, which gets the most fan-attention, and produces the most celebrities, and makes the biggest mark in Indian history, is Cricket. Left behind by the dominance of Cricket are the other sports scavenging for their place in the sun: Football, Hockey, Wrestling, Boxing, Tennis, Badminton, and of course, Basketball. It's niche for the mainstream, but within its niche audience, basketball has a fervent following and legions of serious players whose livelihood depends on the sport's success. 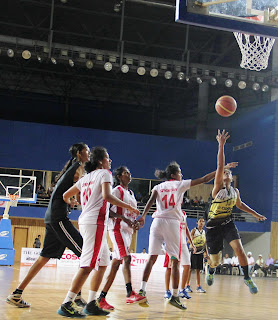 But in a list published by the Ministry of Youth Affairs and Sport of the Government of India last month, basketball - or the official governing body of basketball in India - isn't recognized anymore by the country at all.

A government notification dated on March 14th, but brought to wider attention by the Indian Basketball Players Association (IBPA) only recently, names 46 National Sports Federations (NSFs) in India that have been renewed for their annual recognition by the Sports Ministry. The renewal of recognition for 2016 - valid till December 31 this year - states that the federations are "eligible to receive various assistance from the Government of India including railway concessions, etc."

Missing conspicuously from that list is the Basketball Federation of India (BFI). 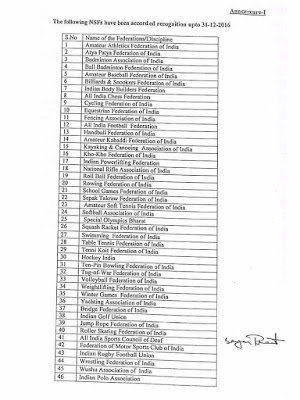 This is no accident. The last one year has perhaps been the most tumultuous in the BFI's 66-year history. The BFI broke apart in two different, competing executive committees last year, with each one fighting for leadership of the federation. Because of the constitutional manner of their elections, FIBA, the international basketball federation, recognized the group led by Karnataka's K. Govindraj (Team Govindraj), and this is the group that has since held national and international basketball events for the country. But the Indian government and the Indian Olympic Association (IOA), because of their political ties, favoured the group led by Poonam Mahajan of Maharashtra (Team Mahajan). Last year, the Sports Ministry tried to retaliate to the working group of the BFI (Team Govindraj) by putting all basketball events in India on hold. Later, the IOA also created an ad-hoc committee to oversee new BFI elections separate from the federation that already existed.

So of course, when the Government got its chance to declare the NSFs it recognizes, basketball - the sport with the potential to become one of the fastest risers in the country - was left off. Here are some sports that did make the list: the Atya Patya Federation of India (I discovered 17 minutes ago that Atya Patya was a sport), two different Badminton associations (with and without a ball), a baseball federation (because I guess a lot of Indians play baseball now), a softball association (for those who want to play baseball with a softer ball), a Tenni Koit federation (I discovered less than a minute ago that Tennikoit was a sport), and federations for bowling and tug-of-war. 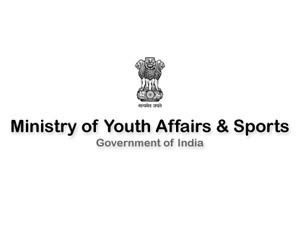 So what does de-recognition mean, anyway, and why is it so important? The answer lies in the "etc" part of the statement by the Sports Ministry written above: "eligible to receive various assistance from the Government of India including railway concessions, etc." "Etc", according to the IBPA's Secretary-General Jayasankar Menon, means that the certificates issued at various national basketball championships in India this year will have no official value. It means that BFI athletes will not get jobs under the sports quota. And of course, it also effects their railway concessions.

In his Facebook post, Menon added: "IBPA plans to bounce back and request all the well wishers to support our initiatives to bring back OUR game into the approved list of the Govt so that the youngsters will get all the benefits..."

But the IBPA cannot be alone in this. We need more people in the media and the Indian basketball fraternity to bring this issue to light. The Ministry of Youth Affairs and Sport, and the Government of India, have an obligation to ensure the birth of more sporting opportunities in the country, not see those opportunities suppressed. There is too much basketball potential in India for us to see it wasted.
Posted by KARAN MADHOK at 20:12