Sports needs leadership, and leadership - in a democratic system - needs politics. But when politics overshadows the sport it is supposed to be leading, the sport is tarnished. 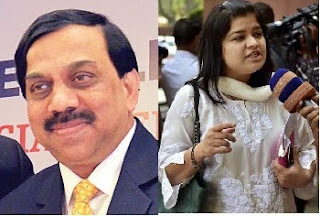 Several weeks ago, the Basketball Federation of India's (BFI) Secretary-General Ajay Sud resigned from position. Behind him, the BFI divided in disaray, with two separate factions staking claim of authority over leadership of the federation. As the BFI's Annual General Meeting (AGM) loomed, the two factions called two separate meetings last week and selected two separate executive committees to head the BFI. Now, the two teams are likely headed to conflict and a court case.

Last week was the culmination of a tense power struggle which has embroiled the attention of everyone connected with the BFI, with the front-office politics garnering much more attention than actual basketball operations. For the past three weeks senior journalist at The Hindu and Sportstar Kamesh Srinivasan has done a masterful job at reporting this painful hoops theater via his blog. Even as it seemed absurd that the same federation would host two separate meetings with two separate groups of individuals for the same job positions, as the days passed by and various voting members of the BFI pledged their divided loyalties one way or the other, the absurd started to become the reality. Finally, on March 27 and March 28, separate AGMs were held in Bengaluru and Pune respectively and two separate executive committees were selected, each claiming their legal right to the throne.

On Friday March 27, the BFI faction led by K Govindraj held their AGM in Bengaluru, with the support of outgoing president RS Gill. At this meeting, Govindraj replaced Gill was elected as BFI's president, Teja Singh Dhaliwal was named Senior Vice-President, Chander Mukhi Sharma was named Secretary-General, and V Raghothaman the Treasurer. This meeting abolished the posts of Chief Executive Officer (CEO) and Deputy CEO, which were previously held by Roopam Sharma and Prem Pal Singh respectively.

Govindraj is a former player and also serves as the secretary of the Karnataka State Basketball Association (KSBBA). While he was selected BFI president in Bengaluru, former president Gill declared that this AGM was held under the ambit of the federation’s constitution. Observers from the Government of India, Government of Karnataka and FIBA Asia kept a close watch. "As per our constitution, only the president can call for a meeting and preside over it, and I was here for today’s meeting and all the other senior office-bearers were present too," Gill said, reported The Hindu. Gill also deemed the second AGM meeting illegal.

On Saturday March 28, the BFI faction led by CEO Roopam Sharma held their AGM in Pune. At this meeting, Poonam Mahajan was named the first-ever woman president of the federation and the youngest president of any sports federation of India, at 34. Sharma was elected as the BFI's Secretary-General, and Mukut Medhi (Secretary of Basketball Association of Assam) was named the new Treasurer.

Mahajan, a politician who is also the BJP national secretary and MP from the Mumbai North-Central Lok Sabha constituency, was also voted unanimously as the Maharashtra State Basketball Association's (MSBA) first woman president a few months ago. According to The Hindu, from the 32 affiliated units of the BFI, 22 took part in the Pune AGM. The daylong meeting was attended by 40 members of the 62 eligible voters. This meeting also had observers from the Indian Olympic Association (IOA) (Virendra D Nanavati), Government of India (Virendra Bhandarkar), and FIBA Asia keeping a close watch.

In the spirit of perfect diplomacy, the FIBA Asia overseer at both meetings was the same person: Mageshwaran Saba.

According to 'Team Sharma', some of the voting members at the 'Team Govindraj' meeting in Bengaluru didn't have voting rights while some were from barred units, and therefore, their decisions should not count. Gill refutes this claim. Team Govindraj used the BFI's constitution as well as the government guidelines from the 2011 Sports Code to claim that the CEO has no authority to appoint a returning officer or call a meeting, and thus, the Team Sharma meeting in Pune in itself was illegal. Sharma's CEO position had been created specifically for her husband - Harish Sharma - several years ago, and passed on to her after Harish's death. The position was outside the realms of normal sports federation seats such as Secretary-General, President, or Treasurer, all of which have to be rotated routinely and are part of the democratically voted structure created in Indian sports. 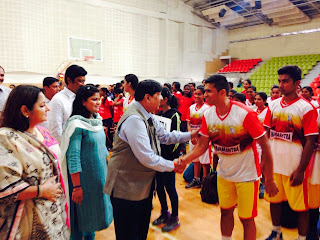 So what happens now?

The New Indian Express wrote yesterday that, with both the sides refusing to back down from their position, the issue may go up to the Indian Olympic Association (IOA). Senior IOA officials have shown concern at these developments and (quoting The New Indian Express) even said if the issue was not settled, then the matter would end up in court.

Meanwhile, real Indian basketball begun this week, too, with the tip-off of the 2015 Federation Cup in Pune on Sunday, March 29. For now, it is Team Roopam presiding over the tournament. But in the long term, it is clear that this divide is going to break apart Indian basketball operations from the inside, with some of the member states reporting to one side, some to the other, leading to no real resolution.

A court case seems to be the likely scenario, and hopefully, a resolution is reached to determine the true leaders of the federation. Indian basketball has suffered with mismanagement for years, and this conflict threatens to stall progress of hoops in the country even further. For the players, coaches, referees, and fans of the game who care about the sport and not the back-office politics, the hope will be that, whoever wins the legal battle will actually be interested in Indian basketball more than furthering their own political clout.

UPDATE: The Hindu reported today that 'Team Govindraj' has received recognition from FIBA as the office-bearers of the BFI. The Govindraj Group has also changed the 'authorized signatories' of BFI's bank account and has initiated the process to take over BFI's physical office in New Delhi. This is far from the end of the conflict, however, as the matter is slated to be held in the Delhi High Court.