Basketball Federation in a 'freeze'; India can't participate in U16 FIBA Asia qualifiers


Whenever there is a major Asian tournament, India's Men's teams of all age levels (senior, U18, U16) have to complete the formality of qualifying for that tournament, which we do by winning the South Asian Basketball Association (SABA) qualifiers against our neighbours. Facing off teams from weaker federations in South Asia like Sri Lanka, Bangladesh, Nepal, Bhutan, and Maldives, there is rarely ever a threat posed to the Indian side. With the 4th U16 FIBA Asia Championship for Men looming later this year, the top youth players from SABA nations will once again head to Bangladesh for the qualifying round of that tournament. This year, however, India - who were the U16 SABA champs two years ago - face a more dangerous threat than any basketball team before. 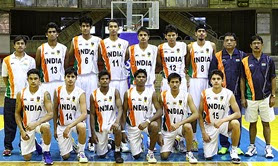 Due to a power struggle that has made politics a priority over basketball for the Basketball Federation of India (BFI), India will not be able to participate in the upcoming U16 SABA Qualifiers for the 4th FIBA Asia U16 Championship. The qualifiers are set to be held in Dhaka (Bangladesh) on May 19-20 while the U16 FIBA ABC is scheduled from October 29 - November 7 in Semarang, Indonesia. Until this year, India had always won the SABA qualifiers gold for this tournament and, in the last three iterations of the U16 FIBA ABC, finished 10th, 10th, and 11th respectively. This will be the first time that an Indian U16 team will not play in the qualifiers or the actual championship.

This information was confirmed yesterday to me by a FIBA Asia source, "As things stands, BFI is under a 'freeze'. Therefore India cannot participate in the U16 qualifiers." 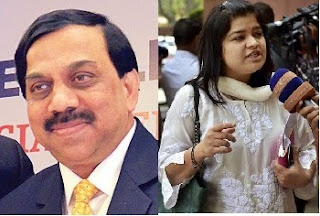 India's internal struggles had already dented their ambitions in another way for the U16 FIBA ABC earlier. Until recently, the tournament was scheduled to be held in Bengaluru from July 2-12, giving India a rare chance to play host to a major FIBA Asia championship. Unfortunately, the instability at the top of the BFI caused FIBA to change the host country (Indonesia) and the tournament dates (now to late-October).

The BFI currently has two opposing executive committees and are headed to conflict. In late March, two different meetings were held on different dates in different cities to select the leadership body of the BFI. One group chose Karnataka's K Govindraj as BFI president, the other picked Maharashtra's Poonam Mahajan. The first side controls the finances, the second has capture over the BFI head office in New Delhi. Without a clear fix to the situation, only a lengthy court battle (not the basketball court, although that would've been fun) can provide some clarity to this fight. Until a winner is chosen, the federation has been considered 'frozen' in the eyes of FIBA and can't participate in or hold sanctioned FIBA events. FIBA's official website has removed the names of India's federation office bearers.

What is perplexing, however, is that despite being disqualified from participating in the SABA qualifiers in Dhaka later this month, the BFI is still holding an U16 selection camp for players in Pune (in a decision made by the committee led by Mahajan and Roopam Sharma). The participating players and coaches are being left in delusion about their future with Team India.

It is the players, eventually, who are the biggest sufferers of all this drama. Until the BFI figures out its issues, basketball players in India will continue to miss their opportunity to showcase their skills against Asia's best and earn the experience needed to blossom their skills further. While the administrators on top play their power games, the real players are being robbed of their opportunities.

This is not the first bit of trouble caused by the BFI political fight and it certainly won't be the last. Earlier this month, all of India's foreign coaches - Men's Head Coach Scott Flemming, Women's Head Coach Francisco Garcia, and Strength and Conditioning Coach Tommy Heffelfinger - either resigned or were not given contract extensions, and all will be leaving India soon. Our national team has already fallen at the first hurdle of the U16 FIBA ABC; if the BFI doesn't arrive to a solution soon, India may miss out on the U16 FIBA Women's ABC and the two biggest senior Asian tournaments later this year: the FIBA Asia Championship for Men and Women.