Slumdog Champion: Basketball is transforming the life of a girl from Karnataka's slums


In the last episode of our Hoodarshan podcast, our guest - NBA India's Carlos Barroca - told us that one of his favourite things about coaching basketball in India is how the game has become a complete equalizer. "Rich or poor, basketball for all," Barroca said. Those of us who have seen some of India's top players emerge from dire financial backgrounds over the years already know this to be true. And now, the story of 14-year-old Nasreen Makandar from the Vijaypura slums in the Bengaluru district of Karnataka, is another example of how basketball can change the life of young talents in the country.

Makandar - the daughter of a former truck driver and a beggar - used her basketball talents to qualify for Karnataka's under-16 team. That team went on to win the gold medal at a national-level school tournament recently held by the Ministry of Youth Affairs and Sports at the Sports Authority of India stadium in Gandhinagar, Gujarat. Karnataka had defeated Punjab in the final to secure the win. Now, the Karnataka State Basketball Association (KSBBA) have extended their support to help Makandar get through her education and basketball career. 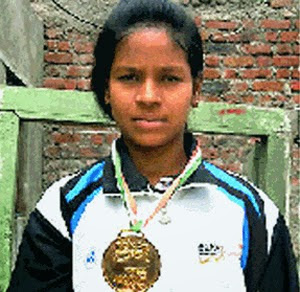 Her father Khajamiya was a truck driver but quit his job 16 years ago after three heart attacks. Her mother Khajabi begs on the streets of Vijayapura and gets about Rs 300 and some food items like jowar rotti and rice. They have nine children, including seven girls. Nasreen, a class 9 student of the Anjuman High School, said she would watch sports and games at the Darbar High School ground. "My sisters Gousiya and Heena are division-level winners in basketball and they encouraged me a lot," she said. She's the first girl from Vijayapura district to win a gold medal at the national-level tournament. She would like to take the UPSC examination. "I would like to become an IPS officer," she added.
She added that a government scholarship has helped her buy textbooks and uniforms.


The story evoked a positive reaction from K Govindraj, the secretary of the KSBBA and one of the contesting presidents of the Basketball Federation of India (BFI), who offered - again via The Times of India - support to Makandar and her family.

"We are for promoting basketball and fostering talent This tournament was not part of the Basketball Federation of India schedule. But the girl has performed well and deserves to be encouraged. We will take care of her education and sports career," Govindraj told TOI, while exhorting Nasreen's parents to get in touch with him.


Hopefully, Govindraj is able to deliver on his words (the media records will certainly hold him to it!). Despite her basketball talents, Makandar has shown admirable ambitions to succeed in academics, too, and in the long run, we hope that whatever direction she chooses brings stability to her and her family. Another reason to love basketball, truly a game that can bring joy to anyone, regardless of their background or social conditions!