Hoop Dreams: 2 Indian-origin players in Australia discuss the struggles and sacrifices of the basketball life


For many casual fans of the game, the dream of playing elite basketball starts and ends with the NBA. Fortunately, for the vast majority of serious basketball players around the world, there is no shortage of opportunities in various other professional and semi-professional leagues of varying levels. Just like the top players in the world striving to make it in the NBA, there are players around the world toiling day and night to succeed on the basketball court - their stories are just not told as often.

A few weeks ago, I was approached by two basketball players of Indian-origin in Australia - Pratik Keskar and Mahesh Padmanabhan - who gave me an opportunity to tell you two such stories. Keskar and Pandmanabhan are both pursuing their hoop dreams and have had to make sacrifices in their personal and professional lives to balance basketball and the world outside it. Since they are not Indian citizens, neither player can yet fulfill their dreams of representing India at the international level (India, unlike other FIBA nations, doesn't allow naturalization of foreign citizens). They are both hoping that - if India ever gets their own professional basketball league - they can fight for an opportunity to be a part of it. 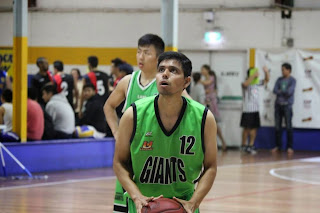 Keskar (24) was born in Hyderabad in India (his parents are from Pune), but grew up between New Zealand and Australia. He's a 5-foot-10 combo guard who has played basketball for the Auckland U17s and U19s and for the Shelton Blazers in Auckland. He is currently playing in the UBL for Norwest Giants (semi pro) and working towards playing in professional leagues. He has also worked in the IT industry for the past three years.

Padmanabhan (27) was born and bred in Sydney, Australia, to parents from Chennai. He's a 6-foot-1 combo guard who has played in NSW Waratah League (semi-pro league), the Hornsby Spiders in 2010 and the Norths Bears in 2013-2014. He is currently working as a physiotherapist.

I sent questions to both players, and their answers shed some light on the lifestyle, challenges, and ambitions of them and others in their shoes.

How difficult is the basketball journey? Talk about how much work you guys have to put in just to play at the level you do, the pitfalls, the sacrifices, and the problems you've faced, both personal and professional.

Keskar: The basketball journey for me has been quite hard. I have been playing basketball for about 14 years now - starting when I was ten years old in New Zealand and now in Australia. I feel that I have always had the talent to take it to the next level, but coming from a Indian background education always came first. So after high school I had to focus on my professional career in IT rather then basketball (although I was still playing). Once university started it became very tough to play basketball at a higher level, not only mentally but physically as well. I feel like my actual journey is really starting this year since I have taken a year off to dedicate and focus solely on basketball. It was a very tough decision to give up a successful working career in a great position with a great company. I felt like this was the right age where I could make this move, because the likelihood of getting the chance to play professionally falls the older you get. The sacrifices I’m making this year also includes a big financial sacrifice (living on my own paying rent, bills and less social activities). There are also problems that occur, often in the form of injuries - I have already had a major ankle sprain, which made me lose about 6-8 weeks of training and playing as well as some shoulder instability in my left shoulder. But I am continuing to work towards and focus on the goal to play professionally.

Padmanabhan: The basketball journey is tough, but doing anything at the highest level where you aim for perfection is tough. I don’t wish it was easier, I love the challenge. That being said, coming from a cultural background where education is such a big priority, I have had to study full time, work part time and train and play basketball all simultaneously; and now I am working full time and playing and training for basketball at the same time, but that’s part of it. I understand that hard work and having an unbreakable work ethic is the most important thing, controlling things that I can, to put myself in a situation where if an opportunity arises I’ll be ready to take it with two hands.

What do you hope to make out of your hoop dreams? Where do you ideally want to see yourself?

Keskar: I see myself playing basketball in a pro league. Right now I’m aiming to make it in any professional leagues around the world. If a pro league was to start in India I would definitely be eager to play in my home country, if given the opportunity. But even if I don’t make the pro leagues, I still definitely want to be involved with the sport within the basketball world. I would want to continue contributing to the sport, especially through development programs for the youth. I do personal one-on-one coaching in Sydney for a few players and I thoroughly enjoy helping others work on their game and improving them as players. There is a huge interest in the sport in India and basketball has the potential to become India’s national sport, right up there with cricket and hockey. I want to be a part of that. 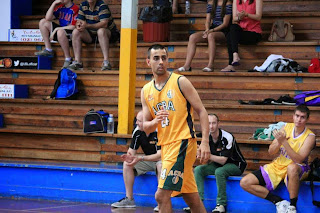 Padmanabhan: I want to play professional basketball at the highest possible level I can, that is my goal, as broad as it is. I see myself doing that, I constantly picture it. I think India would be an incredible place for that to happen if a professional league began.

Do you follow basketball in India? What is your impression of the sport there?

Keskar: Yes, of course I follow basketball in India. I have been following it for about three years now. There was a stage when I was keen to play for the Indian national team so I got in touch with Scott Flemming about trying out. But the rules to play for India are such that you need to be an Indian citizen. Unfortunately it does not allow for OCI players, which is what I am. My impression is that the rate at which basketball is progressing in India is phenomenal. There is definitely a huge market for the sport. If a pro league started in India, I can see it flourishing, very much like the soccer league In india which was established in 2013-2014.

Padmanabhan: I do keep an eye on basketball events in India like national basketball games and big university/college meets. I actually played in a tournament in Malaysia where I played against the Karnataka state team and that really opened up eyes to the potential of the sport of basketball in India. I think the sport has such big potential in a country like India where people are so passionate about their sports. I think the sport is growing and I understand there are strong links with the NBA to make that happen. I think a professional league in India would be an amazing step forward and I really hope that happens, not just for an opportunity for me, but for so many other passionate Indian basketballers.

How would you like to contribute to Indian basketball?

Keskar: I want to take my passion and love for basketball and apply it in India. I would be keen to play for India if I am given the opportunity. I have always dreamt of representing India as a basketball player so if the rules on playing for the national team were to change then I would love to represent India as a basketball player. Otherwise, I’m hoping to represent my home state of Maharashtra if a pro league started in India. I am also particularly keen to contribute to the development of basketball in India - whether it is through coaching, assistant coaching, or organizing youth development camps. There is a lot of youth enthusiasm for basketball and a strong potential for it to become a booming league/industry in India, akin to hockey and soccer, maybe even cricket. This is what I want to contribute to and be a part of.

Padmanabhan: First and foremost, I would love to play professionally in India if the opportunity arose. With being a professional athlete, obviously there are responsibilities as a role model and to the community in general, all of which I would love to take on. I would also love to represent India as a basketball player. I am not sure of the rules and regulations around people of Indian decent playing for the national team, but that is something I would love to do. In addition, I would love to be involved in the growth and development of the sport. Having played semi-professional basketball in Australia, a strong basketball country and having coached also, I think I can bring a lot in terms of knowing the sport and developing it at grass roots levels and beyond to university and professional levels. I just see a potential for a huge boom in the sport (that has already begun) from the other side of the world, and am itching to be involved.