FIBA is the association that organizes and governs major international basketball tournaments around the world. The Basketball Federation of India (BFI) is the association that organizes and governs tournaments in India. The BFI is affiliated to FIBA, and without them, India can't play in FIBA international tournaments. Unfortunately, the BFI is now split in two division, each claiming that it should be the rightful leader of basketball in India. FIBA has been left as the intermediary parent burdened with the responsibility of picking one of the two bodies. On Saturday, it seems, they came to a decision.

For those who are new to the storm, welcome. The last two months in Indian basketball have been a fiasco. The BFI has split in two: two factions called two separate meetings/elections (on March 27 and March 28 respectively) in two different cities (in Bengaluru and Pune respectively) and selected two separate executive committees (presided by K Govindraj and Poonam Mahajan respectively) to head the BFI. Because of the split in governance, the Govindraj side was left with the finances and the Mahajan side with capture of the BFI's office in Delhi. In the next few months, the split caused confusion and anger among Indian basketball players and coaches, saw India's foreign basketball coaches pack up and leave their posts, and led FIBA to consider the BFI in a freeze, thus taking away India's chance of playing in FIBA sanctioned tournaments.

Finally, on May 23, a letter signed and sent from the office of FIBA's Secretary-General Patrick Baumann declared FIBA's stand on the fiasco. The letter spanned three pages, over a dozen paragraphs, and outline the various issues in the past, present, and future of this problem. But the only line that truly matters now was this:

Consequently, the result of the elections held in Bengaluru on 27 March 2015 is recognized by FIBA.

The elections that the letter refers to was the one where the former president of the BFI (KS Gill) was present to oversee Karnataka's K Govindraj named the new president, Teja Singh Dhaliwal named the new Senior Vice-President, Chander Mukhi Sharma the Secretary-General, and V Raghothaman the Treasurer. We will refer to them henceforth as 'Team Govindraj'. The other body, 'Team Roopam' - led by 'president' Poonam Mahajan, 'Secretary-General' Roopam Sharma, and 'Treasurer'Mukut Medhi - did not follow the BFI's rule-book when they held their meeting and thus, cannot be the BFI.

The matter was brought to light yesterday when the media cell of the Karnataka State Basketball Association (KSBBA) provided the letter to Ekalavyas.com. You can find the soft copy of the letter over at Ekalavyas. The letter was addressed to the presidents and secretary-generals of both opposing factions and CC'd to the Ministry of Youth and Affairs and Sports of the Government of India, the Indian Olympic Association (IOA), and various other FIBA officials including President Horacio Muratore.

BFI rules state that an Annual General Meeting (AGM) can only be held in the presence of the outgoing executive committee, specially the outgoing president, who in this case was KS Gill. Gill was present with Team Govindraj in Bengaluru, thus legitimizing their stake at the federation. In FIBA's letter, it stated in regards to Team Roopam that, "In addition, FIBA casts serious doubts on the legitimacy (let alone statuary validity) of a parallel general council held without the outgoing president, vice-president, secretary-general, and treasurer in attendance." 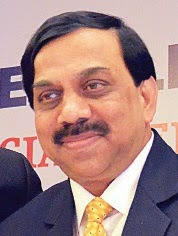 Another interesting passage from the letter states that, "Files submitted to FIBA contain extremely serious allegations which may be subject for criminal proceedings in India as well as proceedings under the FIBA Code of Ethics. In this respect, FIBA reserves its right to shed light on the allegations made and to initiate further proceedings should this matter not be settled within the Indian Basketball family in India and should the present decision not be accepted by all sides."

FIBA has asked both groups to come to a peaceful resolution, "keeping first and foremost the development of basketball in India and the good of the athletes in mind."

But FIBA's approval/recognition doesn't solve the riddle yet. Although Team Govindraj also received the Delhi High Court go-ahead to take charge of the BFI's Head Office and website a few weeks ago, the next step is for the IOA and the Ministry of Sports to recognize the rightful stake of the Govindraj-led committee, too. FIBA has requested in the letter for the IOA to abide by its decisions, too. Meanwhile, on FIBA's official website, the page on India still hasn't listed the names of the president and secretary-general that they have handed recognition to. 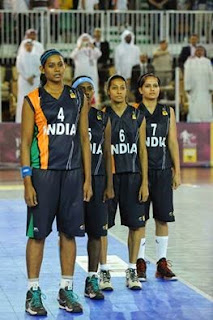 Even if the IOA recognize Team Govindraj, it may not yet be the end of Team Roopam, who have the resources, political connections, and clout to keep fighting for power. The contest may yet continue with court cases in the future, and it can't be ruled out that Team Roopam may make a separate, rebel association to challenge the BFI. Of course, FIBA won't have to recognize that rebel association, and thus, the players who take part in it will not be able to participate in FIBA affiliated events.

The letter confirmed that a FIBA delegation will visit India soon to provide support for the BFI.

There was one other excerpt from the letter, written above, that deserves to be repeated to keep in perspective what truly matters here. "... keeping first and foremost the development of basketball in India and the good of the athletes in mind." So far, the 'athletes' and the 'good of Indian basketball' has suffered the most as a victime of the BFI battle. Unfortunately, the situation will remain so until the storm clears up.

With the FIBA Asia Championships for Men and Women looming in just a few months, reaching a resolution is a race against time. The FIBA recognition takes us one step closer to the resolution: only when the BFI can have one, united, legal body to run it will FIBA 'unfreeze' the BFI and allow India to participate in international events again. Only then will the BFI able to give confidence to stakeholders in the sport (including sponsors like IMG Reliance and future Head Coaches of the national teams) to continue their faith in the country's basketball potential despite the recent scars.