BFI's Harish Sharma: "India could have a professional basketball league in three years!" 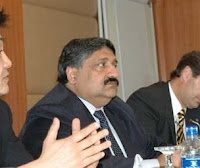 Sitting courtside at the NBA All Star Game at the Dallas Cowboys stadium in Arlington, Harish Sharma, the secretary general of the Basketball Federation of India (BFI), was more awestruck by the scenes off the court than the superstars on it. Off the court sat the biggest crowd to ever attend a basketball game – a mind-boggling, Guinness-Book-of-Records shattering 108,713 people.

That is more than 1 lakh, 8 thousand in Indian terms.

“I have never seen a crowd this big at a basketball game,” Sharma said, “It was amazing. I was happy and excited to see that basketball can draw such a huge number.”

The All Star Weekend in Dallas was just one of the many basketball-related activities that Sharma took part in during his eight-day tour of the US last month. Sharma represented Indian basketball as he traveled from city to city, watching players, meeting NBA officials, and plotting a future for basketball in India.

No, there is no chance that a crowd of over 1 lakh will show up for a basketball game in India anytime soon. Hell – that kind of crowd doesn’t even show up for NBA games – the All Star was only an exception. Nevertheless, Sharma was left moved and motivated – basketball has a future, in the USA, in India, and all around the world.

One of his most ambitious projects is, with the co-operation of the NBA, to begin a two or three city school and college league in India later this year, which would eventually lead to a full-scale professional basketball league in around three years time.

I finally caught up with Sharma yesterday for a brief interview. Basketball may still be a fringe sport in terms of national consciousness in India, but Sharma and the efforts of others in BFI ooze in confidence, promising a bright future for the game here.


Hoopistani: I know you attended the recently concluded Ramu Memorial Basketball Tournament in Mumbai – what were your thoughts on the level of basketball there?

Sharma: The level at Ramu was good, but a lot of other good teams and players were not able to participate. It was the offseason and the tournament was being held immediately after the National Basketball Championship. Still, I was satisfied by the improving talent of our basketball players.

Hoopistani: Let’s talk about your visit to the US. How long were you there for? What was on your agenda?

Sharma: I spent 8 days in the USA, from the 11th-18th of February. It was a busy trip, as I met several top-level officials of the NBA, including NBA commissioner David Stern. I attended the All Star Game in Dallas. I also got to meet [basketball coach and entrepreneur] JD Walsh, and discussed the George Mason University programme with the help of which we hope to send Indian coaches to get trained in America. I was in Tampa, Florida to observe other basketball systems, and even kept my eye on non-resident-Indians, the Bhullar brothers, play a game in Philadelphia.

Hoopistani: Speaking of JD, what do you think of his efforts and work with basketball in India?

Sharma: We totally support his work here. We open our arms to anyone who can come here and help Indian basketball.

Hoopistani: Now, the NBA has been increasing interest in India over the last few years, with programmes such as Basketball Without Borders that was held a few years ago and the launch of the new NBA-India website at the end of last year. What is the future of the NBA with India?

Sharma: The NBA have started a partnership with BFI, and we are looking to share a vision of basketball in India with them. We are seeking their help from them in developing basketball in the country in various ways. There will probably be a follow-up Basketball Without Borders programme very soon. One of our main agendas is to launch a pilot school and college city basketball league.

Hoopistani: Can you please tell me more about this project? When will it be launched?

Sharma: This school/college basketball league will be launched later this year in two or three cities in India. We are definitely looking for a school league in New Delhi and a college league in Chennai. We may increase the number of cities if the response to our request to the sponsors/marketing people requires it.
Hopefully we can come up with some good basketball in these leagues. The NBA is helping us to run this and make sure that we follow it in the correct way.

Hoopistani: What about professional leagues? Do you think we should have a basketball league in India that mirrors the NBA or the Indian Premier League (IPL) of Twenty-20 cricket?

Hoopistani: One problem in India with basketball is getting enough sponsors to support the project. Do you think these proposed leagues would have the necessary support?

Sharma: Yes, sponsorship is always a hindrance for such projects – but we have the NBA’s support, and are working hard to get sponsors to help launch this league.

Hoopistani: How has basketball evolved in India over the last few decades, ever since you were a player? (Sharma was part of the Indian national team in the 70s, representing the country in tournaments such as the Youth Asian Championships and the Indo-German series).

Sharma: A lot has changed. Basketball is a lot more popular in India now. There is more basketball on TV, more players, more tournaments, and more schools are involved.
There will always be arguments between the old-school and new-school, and which is better, but there is no denying that the facilities are better now, the courts are better. There are more manufacturers producing basketball goods – I remember that as a player, we had to get our shorts get custom made by the tailors because we couldn’t find the right gear in the market!

Hoopistani: What do you see for the future in Indian basketball? 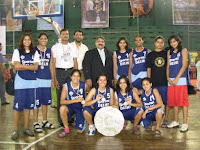 Sharma: India has progressed – we must dedicate a lot of effort into the game. India will very soon come into a big space in basketball. One of our main aims is to make sure our players are better rewarded. They deserve more for playing the game, and I’m sure that in the near future, there will be much better incentive and reward for Indian basketball players.
But players have to also understand their responsibility. The federation and sponsors may do all they can, but in the end, it all comes down to the performance of the players. Only their performance can really shape the future of Indian basketball – and I’m confident that they can do it!