India's biggest festival of junior (under-18) basketball concluded on Monday, May 14th in spectacular fashion with a couple of southern teams stomping their dominance in a northern stronghold. At the 69th Junior National Basketball Championship for Men and Women in Ludhiana, Punjab, Tamil Nadu (Women) and Kerala (Men) celebrated with the title, after impressive victories in their respective finales. 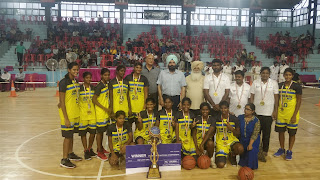 Organised by the Punjab Basketball Association (PBA) under the aegis of the Basketball Federation of India (BFI), the 'Junior Nationals' tipped off at the Guru Nanak Stadium in Ludhiana on Monday, May 7. 28 Men's teams and 24 Women's teams took part in the tournament.

In the Women's final, Tamil Nadu got off to a fast start against their neighbours Kerala, leading by double digits in the first quarter. Another spurt after halftime secured a 77-58 win for TN, helping them retain their title after last year's victory. Aishwary scored 17 for TN in the win.

The men's final was a high-octane, close affair, pitting together Kerala and Rajasthan, last year's silver and bronze medallists respectively, against each other. Rajasthan got off to a fast start and led 52-49 at halftime. Kerala made up for the difference in the third quarter and then stretched their lead to win the game 108-101. Shanazil (29) and Chacko (26) led Kerala's winning efforts, while Rajasthan's young star Rajeev Singh had 40 in the loss and Sumeet added 16. 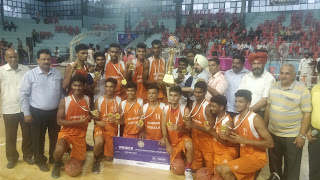 Hosts Punjab Men got some taste of success on the final day as they grazed by Delhi 97-44 to win the bronze medal, led by Rajan (39) and Jagshanbir (19). Aditya had 27 for Delhi in the loss. Uttar Pradesh Women blew out Karnataka 72-32 to win third place, led by their one-woman wrecking crew Vaishnavi Yadav (53).

Vaishnavi Yadav of UP, who earlier in the tournament had a record 71-point game, was given the women's MVP award. The men's MVP was Rajeev Singh of Rajasthan. 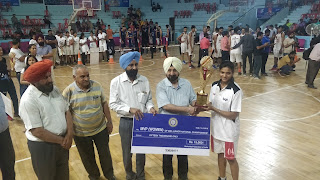