Last year, the NBA launched its first-ever elite basketball Academy in India - at the Jaypee Greens Integrated Sports Complex in Greater Noida - with the mission to train and educate the top young prospects from the country. The first year of the Academy housed a few dozen players in the facility, who received world-class coaching and took part in several major basketball tournaments. But all these players were young boys, while their female counterparts still waited for their opportunity. 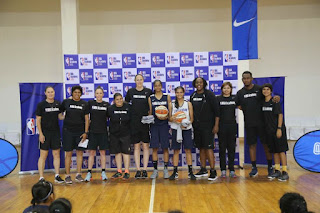 This week, the Academy took a major step forward with a programme for some of the best young female prospects in India. The first-ever NBA Academy Women’s camp was held at the facility in Greater Noida from May 27-29, featuring international women's basketball legends, coaches, and Indian basketball stars in attendance. The camp concluded on Tuesday, May 29 with a championship game between 'Team Liberty' and 'Team Sparks', won by Liberty 18-8. 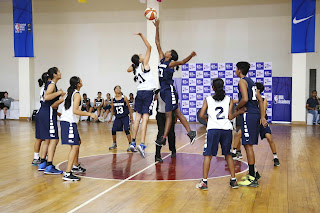 "These three days have been the best of my life," said Ramesh. "Honestly, every player here is an MVP. We all have improved and I am really grateful to win this award. The camp has taught us so much about team spirit and unity and that’s something that I am going to take back from here."

"It’s a dream come true to win this award, especially in a camp organised by the NBA," said Yadav. "The three days here have taught me so much more than I have learnt in past. I am pretty sure I will only improve as a player from here on."

Starting on Wednesday, the Academy will host the 2018 Basketball Without Borders Asia camp for 66 participants from 16 countries across Asia. A number of former NBA/WNBA players, international coaches, and Indian basketball stars will assist with this event. The 18 prospects from the Women's camp are also set to remain at the Academy to take part in BWB 2018.
Posted by KARAN MADHOK at 00:37