In the outskirts of the national capital New Delhi, hundreds of the best junior basketball players from all over India converged to take part in a major national tournament that would forever be linked to their legacies. A number of these young talents will go on to play major roles for India's senior basketball teams in the near future. In Greater Noida this past week, the two finest squads - Tamil Nadu Girls and Punjab Boys - rose above the rest and claimed gold at the 68th Junior National Basketball Championship. 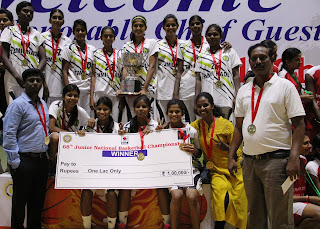 The Junior Nationals were held at Greater Noida's Shiv Nadar University from June 4-11, featuring 25 men's teams and 24 women's teams from the U18 age group from around India. The finals of this competitive tournament were held on Sunday, June 11.

In the girls' final, last year's silver-medalists Tamil Nadu faced off against an upstart Uttar Pradesh team, who had reached this stage for the first time in their history. UP weren't satisfied with just a seat at the table: they started the final with purpose to upset TN and take the gold, and build a 34-26 lead at halftime. UP's Vaishnavi Yadav, one of the best young stars of the tournament, scored a game-high 41 in the finale. After the break, however, TN finally pushed their offense into higher gear, breaking into a 20-9 third-quarter run that changed the fortune of the game. TN's center S. Pushpa dominated the post for 25 points and helped her team win the gold 69-63.

In the boys final, Punjab faced Kerala, the latter who were hoping to turn around their final lost from last year in Puducherry. These were the two strongest teams in the tournament and featured some fantastic matchups. On the backs of Mandeep Singh (33) and Gurvinder Singh (27), Punjab were just more motivated as the game tipped off, racing off to a 22-12 first quarter lead. Kerala had numerous contributors from their talented roster, including Md Shiraj (22), Joshua George (20), and Amal Reghu (16) but they couldn't stop Punjab's athleticism and energy, particularly in the second half. Punjab won the game 100-82. 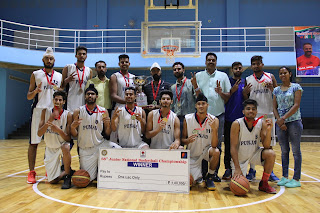 The third place playoffs were also held on Sunday among the teams that lost in the semi-final stage a day earlier. In the men's game, Rajasthan broke a tightly-contested matchup after halftime to defeat Tamil Nadu 75-68, led by 36 points by Rajeev Kumar. Sheldin Rashan (18) and Arvind Kumar M (16) were the leaders for TN. Kerala's starlet Sreekala R scored 42 points to help her side win third-place over Karnataka in a 68-52 win. 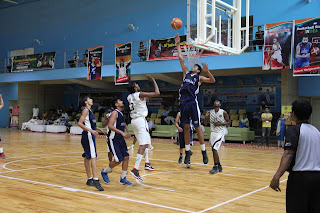