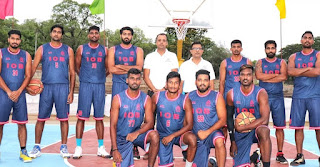 One of the most prestigious tournaments in Indian basketball concluded in Chittor, Andhra Pradesh yesterday with a story of redemption. In the final of the 32nd Federation Cup National Basketball Tournament on Sunday, IOB (Chennai) exorcised years of demons against the dominant ONGC squad to win a memorable title, ending ONGC's five-year run at the top. In the women's final, Kerala's young squad added another feather to their cap, defeating neighbours Tamil Nadu in the final.

Organised by the Andhra Pradesh Basketball Association under the aegis of the Basketball Federation of India (BFI), the Federation Cup brought together the best club/state teams from the top 8 states in both the Men’s and Women’s categories from around the country to Chittoor from May 1-6, 2018. 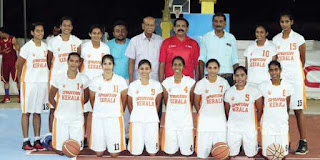 In the Men's final, Chennai's Indian Overseas Bank (IOB) finally ended ONGC's (Dehradun) reign at the top, winning 62-43 to win the gold. IOB shifted to high gear on the defensive end after halftime and were able to run away to the comfortable victory. The IOB squad featured several top names in the national basketball circuit, including Prasanna Venkatesh, Gnanasekaran Sivabalan, and Rikin Pethani, who led all scorers with 17 in the final. ONGC can find silver lining in their loss thanks to positive performances by experienced forward Yadwinder Singh and a return to basketball by star player Vishesh Bhriguvanshi after a 9-month lay-off to his torn ACL.

Kerala's Women were led by Neenumol PS (22) and national team star Jeena Scaria (20) for their victory over TN, 66-50. Kerala's captain Anjana PG added 14 in the final.
Posted by KARAN MADHOK at 21:33