India began the campaign for the 2019 FIBA World Cup with disappointments in the first window of their First Round games. In two games in November, India played uninspiring basketball, losing to Lebanon on the road, and then to Syria back home. The losses have put the team at the bottom of Group C and complicating any chances for India to qualify for the next stage.

If that course has to be corrected, however, the hard work has to start now. FIBA Asia's second window of 2019 World Cup qualifiers will begin next week. India will play two home games - against Jordan and Lebanon - at the Sri Kantaveera Stadium in Bengaluru. India will face Jordan on Friday, February 23rd, and Lebanon on Monday, February 26th. 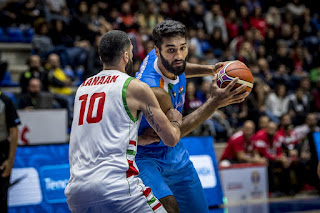 This is the first time that FIBA - the international basketball federation - is holding their new qualifying format for the World Cup. India was drawn in Group C for the First Round of the 2019 World Cup’s Asian Qualifiers, along with Syria, Lebanon, and Jordan. To qualify for the Second Round, India have to finish within the top three of their group.

A short-handed Indian squad lost to Lebanon 107-22 in Zouk Mikael in November, and came home for a more disappointing loss against a weaker Syrian team, 74-57. Jordan has won both while Lebanon and Syria have lost one and won one match each.

To prepare for the upcoming important games, India played in the 2018 Asian Games Test Event's basketball tournament in Indonesia last week, finishing with a silver medal. 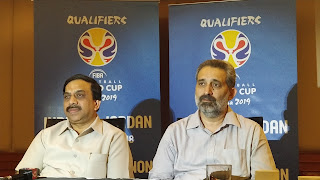 The good news for India going ahead for the next two home games is that two of the country's top players - Amjyot Singh and Amritpal Singh - will return from professional obligations for the Oklahoma City Blue (NBA G-League) and Sydney Kings (NBL Australia) respectively to rejoin Team India next week. Also playing for the team will be Aravind Annadurai, star for India at the Asian Games Test Event in Indonesia, and Satnam Singh, the first Indian to be drafted to the NBA. Rajinder Singh will serve as India's coach for these match-ups. The Basketball Federation of India's (BFI) President K. Govindraj and Secretary-General Chander Mukhi Sharma announced India's roster in Bengaluru on Saturday,

"After looking at the enthusiasm of the fans in the previous events we have decided to open up the gates for all the basketball fans," said Govindraj. "Providing free entry will be a great opportunity for all the school children in Bangalore to witness basketball played on the highest level."
Posted by KARAN MADHOK at 01:01