The odds were already stacked against India before the February window of 2019 FIBA World Cup Qualifiers. Despite having two games scheduled on home ground, India returned to the qualifiers after losing their previous two games in November and without the services of their lead guard - Vishesh Bhriguvanshi - due to injury. But a self-inflicted catastrophe, followed by an uninspiring performance, led the national men's team to more turmoil. The short-handed Indian side failed to deliver again and lost two more qualifying matches at home over the past week to Jordan and Lebanon to fall 0-4 in the qualifiers. 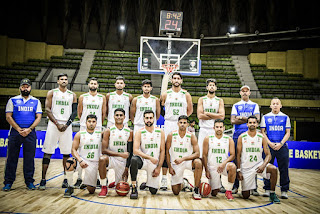 This is the first time that FIBA - the international basketball federation - is holding their new qualifying format for the World Cup. India was drawn in Group C for the First Round of the 2019 World Cup’s Asian Qualifiers, along with Syria, Lebanon, and Jordan. To qualify for the Second Round, India have to finish within the top three of their group.

Last week, the Basketball Federation of India (BFI) announced the roster for these two matches with some good news: two of India's finest players, Amjyot Singh and Amritpal Singh who play in the NBA G-League and NBL Australia respectively, were set to return home for the week to boost the team. Led by interim head coach Rajinder Singh, the squad also featured the likes of Aravind Annadurai, star for India at the Asian Games Test Event in Indonesia, and Satnam Singh, the first Indian to be drafted to the NBA. The competition would be tough, but there was some optimism in the Indian camp with both games scheduled to be held at the Sree Kantaveera Stadium in Bengaluru.

Alas, confusion and a technical tragedy played a cruel joke on India's plans. Due to a clerical error between the federation and the players, FIBA didn't receive Amjyot and Amritpal's names in the official team list for India's two games. Despite being fully prepared for these games, the two star Singhs were unable to suit up for India. The rest of the team were forced to make do without all of their "Big Three". 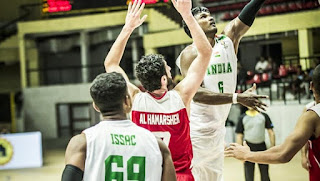 New heroes had to emerge for India, and in the first game against Jordan on Friday. February 23, those heroes were Annadurai (28 points, 11 rebounds) and Satnam (20 points, 10 rebounds, 8 assists). While Jordan kept a steady lead, the two bigs did their best to keep India in the contest. India trailed only by five, 66-61, before the beginning of the final quarter, before a deeper Jordan team finally pulled away, exploding offensively to finish the game with a 102-88 victory. The trio of Mohammad Hussein (19), Mahmoud Abdeen (18), and Dar Tucker (18) led Jordan to the win. Apart from Annadurai and Satnam, India got a positive contribution from newcomer Justin Joseph (16) in the loss.

The loss and official mix-up deflated the squad before their second game, against Lebanon on Monday, February 26. Lebanon had already defeated India in November 107-72 in Zouk Mikael back in November. On Monday, it was more of the same. Now also missing point guard Akilan Pari due to personal reasons, India struggled mightily on offence, committing 20 turnovers and converting less than 29 percent of their field goal attempts. Led by Ater Majok (17), Bassel Bawji (16), and Amir Saoud (16), Lebanon cruised to a 90-50 victory.

India will have a break from FIBA Qualifiers and turn their attentions to another major international tournament, the 2018 CommonWealth Games scheduled in Australia in April. Hopefully, the BFI can mend their differences with the star players and field a full-strength squad - otherwise, the entire exercise will be a waste of time, effort, and resources again. The next round of FIBA World Cup qualifiers are scheduled in late June and early July, both away games to Syria and Jordan respectively. At the bottom of their group, it is now virtually impossible for India to qualify for the Second Round of qualifiers.