The first-ever window of FIBA's new World Cup qualifying process began around the world this week. These qualifiers were an incredible opportunity to widen the road to the 2018 Basketball World Cup and allow each team in the preliminary stage to play in home-and-away games in the lead-up to the main event for the next few years. India, who have been placed in Group C of the First Round of Asian Qualifiers, began their long journey to the World Cup in opening clashes against Lebanon and Syria this past week. 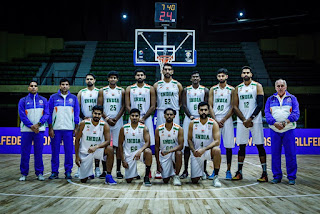 Unfortunately, a short-handed Indian team failed to deliver, playing uninspiring basketball to lose both their qualifying games. They already have a grueling path ahead of them with four more group stage games left over the next eight months.

India were coached by the Serbian Zoran Visic for the first qualifying games and featured a 12-man roster that included former NBA G-Leaguer Satnam Singh Bhamara, NBL player Amritpal Singh, former G-League draftee Palpreet Singh Brar, and point guard Akilan Pari. The team was without the services of star players Amjyot Singh (playing in the NBA G-League) and Vishesh Bhriguvanshi (recovering from injury). India were coming off a disappointing outing at the 2017 FIBA Asia Cup in Lebanon and desperately needed to make amends. The away game to Lebanon was always going to be a challenge, but India were expected to perform well in their home contest against Syria.

Lebanon took charge early in the first game in the city of Zouk Mikael on Thursday, November 23rd. By halftime, with the score at 55-27 in Lebanon's favour, the game already seemed out of India's reach. Led by 22 points and 10 rebounds by Ahmed Ibrahim, Lebanon cruised to a 107-72 victory. Lacking top backcourt players, Visic was forced to play a big, but slow lineup of for India, which made the team struggle to set up plays on offense and lag behind Lebanon's athleticism. 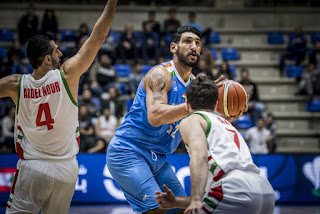 India returned home for Game 2 against the team which would be their weakest opponent in the group, Syria, on Sunday, November 26th. The game was held at the Sri Kantaveera Stadium in Bengaluru and was India's first-ever home FIBA qualifier. Family obligations ruled out star player Amritpal Singh, and the team had to contend without any members of their "Big Three". After a competitive first quarter, Syria took complete control of the game and opened up a double digit lead by the third period. Despite a few bright flashes by Satnam Singh, all of India's comeback attempts were futile. The team continued it's offensive struggles and turned the ball over 23 times. Syria, led by Michael Madanly's 21 points, won the game 74-57.

India are now down 0-2 and the road will only get tougher for here. The Syria game was the easiest opportunity for a group stage victory. Their only bright spark has been Satnam Singh - averaging 11.5 points and 8.0 rebounds per game - but even he was expected to be much more dominant with the opportunity to start for the national team.

Over the next two international qualifying windows in February and July, India will face the same two teams plus Jordan twice. Jordan is currently on top of Group C with wins over Syria and Lebanon so far. To qualify for the Second Round, India have to finish among the top three of their group. The Second Round will be held between September 2018 to February 2019. Recovering from this early hole will be a challenge, but hopefully India can have more of their star players available for the next window and pick up a surprise victory or two.