Two finals: one nailbiter, one a dominant blowout. And a complete display of Indian basketball's future talent. The basketball tournament at the first-ever Khelo India School Games (KISG) came to a conclusion on Thursday, February 8, with Kerala (Girls) and Punjab (Boys) going home with the gold at the KD Jadhav Indoor Hall at the Indira Gandhi Stadium in New Delhi. 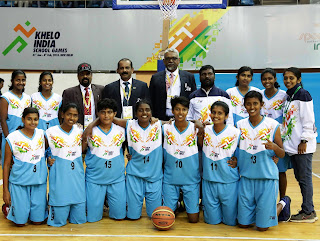 The flagship Khelo India School Games (KISG), a nationwide gathering of school-going athletes participating in sixteen sporting disciplines, will be held in New Delhi from January 1 - February 8. At the first KISG, under-17 athletes were invited to participate across 26 disciplines, including basketball.

Kerala's girls team - who originally were only considered among the small fray of teams in the tournament through a wild-card entry - proved to be an unstoppable force in the tournament. Powered by India's junior internationals Sreekala R (33) and Ann Mary Zacharia (21), they blew past Haryana to win 90-47 in the final. Ritika scored 17 for Haryana in the loss.

The Men's final was a close neck-to-neck contest between two of the best junior states in basketball in the country, Punjab and the home team, Delhi. Punjab were led by Rajan (26) and NBA Academy India standout Princepal Singh (21); Princepal hit a last grasp shot to help Punjab edge out a close victory, 78-76. Jai Prakash scored 16 for Delhi in a losing effort. 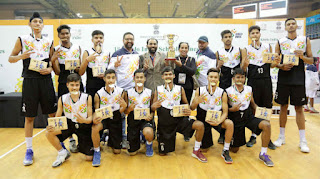 With an overall tally of 38 gold medals, Haryana were crowned overall champions of the KISG.

Organised by the Ministry of Youth Affairs and Sports, the Games will assist in scouting youth (under 17) talent in various disciplines by a High-Powered Committee. The plan is to provide the identified talents with annual financial assistance of Rs. 5 lakh per annum for 8 years. 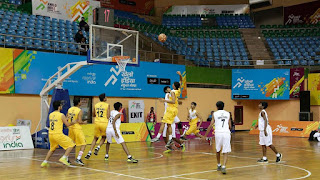