India's roster, schedule, & a preview of the 2016 FIBA Asia U18 Championship for Women in Bangkok


The future of the continent's women's basketball talent will be showcased in Bangkok (Thailand) starting this weekend as the 23rd FIBA Asia Championship for Women is set to be held from November 13-20. As it has been in recent years, this championship will once again feature teams from 12 nations from across Asia. While squads like reigning champs China, Japan, and Korea fight for the title, India will be hoping to stay in Level 1 of the tournament and perhaps, even cause an upset or two. 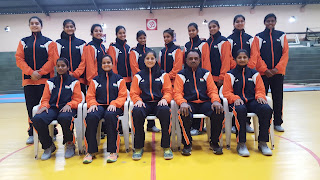 On Friday, India's roster for the tournament was finalised by the Basketball Federation of India as the team set out to Thailand. The Indian team is currently ranked 38th in the world and 5th in Asia (as per the combined FIBA World Rankings for U16 and U18 teams). India is grouped alongside five other teams in elite Level 1, with the top four teams at the end of the league rounds progressing to the semifinals stage. The team is being coached by former international player and veteran coach Shiba Maggon and will be captained by Karnataka's experienced young star Bhandavya HM. Another star to watch for India will be Delhi's Sushantika Chakravortty.

China has won this tournament the previous three times and will be looking to complete an impressive four-peat. In 2014, China defeated Japan in the Final in Jordan, while India finished at 6th place but retained their Level 1 status. 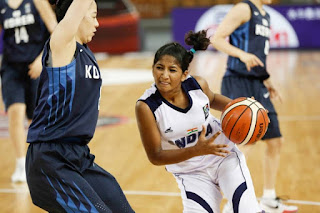 As always, Level 1 consists of the higher-tier teams, including the 'Big Four' of the tournament: China, Japan, Korea, and Chinese Taipei. India will have a difficult time against all of these opponents, and any win here will be considered a historic upset. India's best chance of a Preliminary Round victory is against Thailand, but they will have to be at the top of their game to defeat the home squad, too. The top four teams from Level 1 will move on to the Semi-Final stage while the bottom two will play the top two Level 2 teams in qualification matches to decide the Level 1 status for this tournament in 2018.

India's roster for 2016 FIBA Asia U18 Championship for Women

"Our motto is to never give up and keep trying to better ourselves," said Maggon. "We will try to improve upon how we performed against Thailand [from their previous encounter in 2014 which they had lost 68-62] and also try to play well against Chinese Taipei."