Amjyot Singh eligible for NBA D-League draft: "Aim is to be first Indian in the NBA."

The Singh Factor in the NBA D-League has doubled its chances of doubling this season. 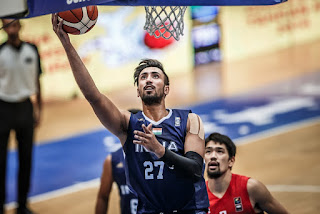 Chandigarh's Amjyot Singh Gill, probably the finest basketball player from India right now, will finally get his best shot at high-level glory soon. The six-foot-nine, 24 year old forward has signed a contract with the NBA D-League and he will now be eligible for the D-League's draft on October 30th.

The D-League already features India's first NBA draftee Satnam Singh, who is signed for the Texas Legends. A few weeks ago, it was announced that the ACG-NBA Jump winner Palpreet Singh signed a D-League contract for draft eligibility. Amjyot's signing will mean that now, there will be two Indians hoping for a roster spot on Draft Day. If all goes well, there could be three giant Singhs hooping, and hopefully, dominating the NBA's Development League very soon!

OVer the last few years, Amjyot has truly made a mark on basketball in India and further around the Asian continent. With his performances for the national team, he has emerged as the best All-Round talent and one of the top superstars of the Indian national team. Abroad, he has excelled for the Tokyo Excellence in the Japanese D-League and made waves in the FIBA 3x3 tour in Tokyo. Most recently, he helped India to their best international basketball performance in 27 years with a 7th place finish at the FIBA Asia Challenge in Iran.

The six-round NBA D-League draft is set to feature more than 200 draft-eligible players, and out of these, Amjyot will be fighting to be among the top 130 odd players who usually get drafted. If Amjyot gets drafted he will have to report to the team within a day or two for an 8-10 day training camp. All players, including Amjyot will be assessed on various physical (such as strength and conditioning) and game parameters (individual and team based basketball skills such as shooting, defence, rebounding, special awareness, passing etc.). If Amjyot suitably impresses then he has a chance to become an official D-League player in any of the 22 D-League teams currently affiliated to their parent franchise in the NBA. 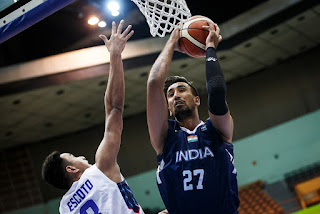 D-League teams often work as development schools or 'feeders' to their parent NBA franchises. Over the last three seasons around 15% of NBA D-League athletes (or an average of 39 players per season) have been called up to the NBA. In a phone interview from Chandigarh, Amjyot expressed that his goal was to keep rising all the way up.

"I'm feeling really good about this news, but I'm also a little nervous. This is once-in-a-lifetime opportunity," Amjyot told me. "My personal aim is to become the first Indian to play in the NBA."

Amjyot's former Punjab and India teammate Satnam Singh was drafted in the NBA and has played in the D-League for one season, but hasn't yet received an NBA call-up. Last summer, Indo-Canadian Sim Bhullar became the first player of Indian-origin to play in the NBA.

While Palpreet worked his way on to the D-League's radar by winning the ACG-NBA Jump - a talent scouting programme in India - earlier this year, Amjyot's success came from the work he has put in over the past few years in competitive games in India and abroad. Scouts from around the world have noted his talent, and he told me that the news of the D-League contract was broken to him during the FIBA Asia Challenge last month by NBA India's Carlos Barroca. His management team - Pursuit - were one of the major forces in helping him realize this dream. 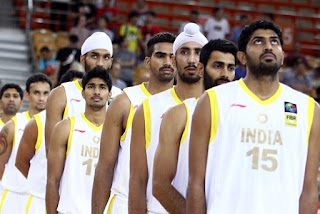 "This is a big step forward for both Amjyot as well as Indian basketball," said Vishnu Ravi Shankar, Amjyot's manager and the business head of Pursuit. "He has earned the right to be in the D-League draft based purely on his performances with the Indian national team and professionally in Japan. If called up, we have no doubt he can make a splash in the D-League, which would in turn open a world of opportunity for him."

In his most recent international outing - the FIBA Asia Challenge - Amjyot helped India to a 4-4 final record, averaging 12.8 points and 8.2 rebounds per game. He was one of the stars of the Japan's D-League last season alongside his India teammate Amrit Pal Singh. He helped the Tokyo Excellence win the D-League title on the back of 13.7 points and 8.1 rebounds per game over 35 games, playing 21 minutes per game.

Before the draft, Amjyot will first head to Dubai for the FIBA 3x3 World Championships with the Team Hamamatsu, comprising of all Indian-origin player. After that, he will await word from the D-League about his future status.

"From my side, I'm working on improving my individual skills and strength in preparation for the D-League," Amjyot said. "I will especially focus on improving my stamina."

The NBA D-League's 16th season begins on Nov. 11 with a record 22 teams. Following the draft, teams will hold training camps beginning on Oct. 31, and will trim their rosters to 10 players on Nov. 10, before the start of the season.