When I started watching the NBA in the mid-to-late 90s, the live games an on-court action was the top priority of course, but the off-the-court stories relating to the league were pretty interesting, too. The NBA's always done a masterful job at promoting the personalities of their players almost as much as they've promoted their physical talents. Although we only saw a limited number of live games in India, much of my early impressions of the league were shaped by 'NBA Inside Stuff' - the magazine show led by Ahmad Rashad ("My main man...") and the incredibly likeable Summer Sanders - that promoted the off-the-court lifestyle of NBA stars sprinkled in with the best highlights of the week.

Inside Stuff came to an end in 2005, and then, at the beginning of this season, was resurrected to the delight of fans everywhere, this time hosted by former NBA star Grant Hill and Kristen Ledlow. Meanwhile, NBA broadcasting exploded back home in India, with more coverage than ever, leading up to the awesome gluttony of an NBA double-header every day in India on Sony SIX this season.

So you would expect a return of NBA Inside Stuff to Indian TV, too right? Right... Sort of. The NBA and their official broadcast partners in India Sony SIX just announced that, starting tomorrow, Sunday March 2nd, a special 'India Edition' of NBA Inside Stuff will be launched in the country!

A press release from NBA India had the juicy details: ‎For the first time in India, SONY SIX will launch a version of NBA Inside Stuff, the ground-breaking sports and entertainment all-access show, exclusively for audiences in India. The programme includes behind the scenes coverage of the NBA and its players along with highlights of the league’s activities in India.

The Indian version will have its own local spin of in-depth reporting highlighting some of the NBA’s biggest stars and most exciting teams, all packaged with a fresh new look to enthrall Indian sports fans. The show will air on Sony SIX every Sunday at 12:00 PM with the first episode airing on Sunday, 2nd March. The first episode will have a unique look at all the 'inside stuff' from the NBA All Star break in New Orleans.

India's version of the show will be hosted by Manish Nawani and Neelam Sivia. Nawani is an Indian actor who has appeared in a few TV serials on Zee TV and Channel V's The Buddy Project. He has a few films to his credit, too, including 2011's Shuttlecock Boys. Sivia is a model and actor who was in the Sony TV show Kya Hua Tera Vaada.

NBA Inside Stuff: India Edition is designed to be interactive with the fans of the game and will also act as a platform for sport enthusiasts to sample the best of the NBA as well as basketball in India. 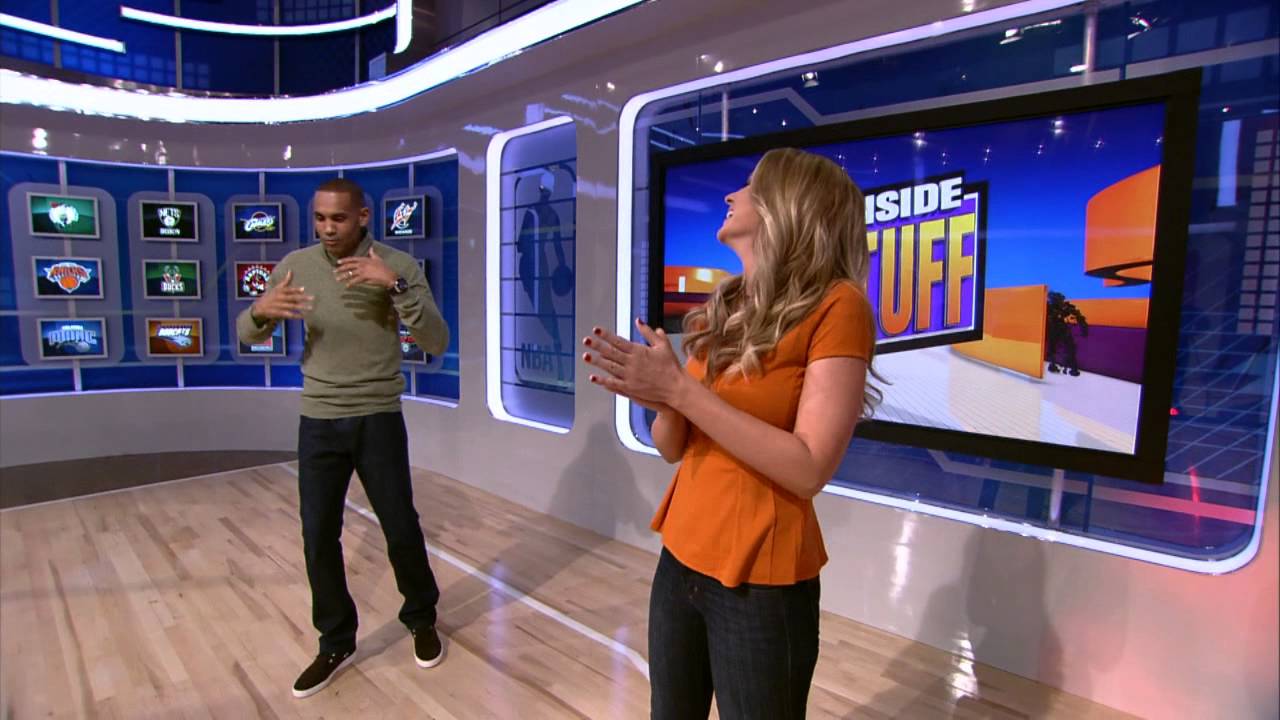 On the eve of the show’s launch, Prasana Krishnan, EVP and Business head, Sony SIX said: "The show is a great hit internationally and we are sure that the familiarity supported by our localized content will help permeate the craze for NBA in the country. The show will enable viewers to connect with the sport even further. This introduction signifies our commitment to basketball and we will ensure that the Indian fan has every opportunity to enjoy the sport and its periphery in the best possible way."

Yannick Colaco, Managing Director, NBA India, said "Sony SIX is a great partner that continues to provide new ways to bring the NBA and the game of basketball to Indian audiences. This show will provide great insight into the NBA on and off the court, which will help lead to further viewership and generate greater involvement in the game among fans."

Personally, I'm quiet excited about this project and look forward to seeing what sort of 'Indian' elements Sony Six put out in the edition. Just having two Indian hosts and then cutting to scenes from the 'real' Inside Stuff isn't going to be enough. I'll be looking for a lot more focus on the NBA's efforts in growing the game in India and on basketball fan culture around our own country. Hopefully, the language and approach to the show is more desi, too. And would it be asking too much to hope for the NBA to feature Indian basketball players on the India edition every once in a while?
Posted by KARAN MADHOK at 13:22