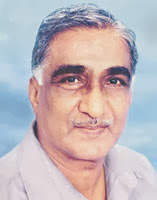 Former India international basketball player from the 1960s K Suryanarayana Raja - fondly known as Suri - passed away in Chennai at the age of 73 on Monday, March 10, 2014, reported The New Indian Express. Suri had a major role in Tamil Nadu's state teams in the 60s and also served as the vice president Tamil Nadu Basketball Association (TNBA).

Suri hailed from Rajapalayam, where he represented the Rajapalayam Union Basketball Club in local tournaments. He was a key player for the State Bank of India and the Tamil Nadu team for a decade. He made his debut for India's national squad at the Asian quadrangular in Colombo in 1965.

MS Venkataraman - a former teammate of Suri and secretary of the TNBA, told The New Indian Express, "He was a dashing and debonair player. His biggest contribution to Tamil Nadu basketball was aggression. At a time when basketball was slow, he was very fast on the court and captured the imagination of the crowd."