This season's forecast: An NBA doubleheader every day for fans in India!


There was once a time in the dark ages of communications, before mobile phones and before the internet blew up, that the only way for an Indian fan to follow NBA basketball was to watch the twice-a-week live games on TV. These games were early in the morning, and just couldn't come often enough for us. We planned our lives around these two games and were always desperate to watch more. 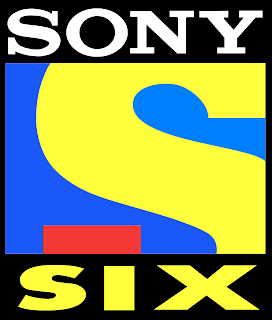 Things improved over the next decade, and the web opened a plethora of possibilities for the international NBA fanatic. TV broadcast deals with Ten Sports and Sony PIX, and then eventually, exclusively with Sony SIX, ensure that during the regular season, there would be around five live games for fans every week. We were spoiled, for we could potentially be watching a live NBA game nearly every day during the season. Now, instead of planning our week around those semi-weekly games, we would adjust our entire schedules to fit in Na daily dose of NBA action in the morning, somewhere between brushing our teeth and breakfast.

But from this year onwards, prepare to be overdosed.

NBA's multiyear deal with Sony SIX in India has been expanded. Starting this season, NBA's India broadcast partner Sony SIX have announced that they will be showing a record number of live games in India. SIX will televise up to 14 live NBA games every week during the 2013-14 regular season. They will launch a 'NBA Mornings at SIX' programme which will show back-to-back live games in India every single day!!! The season will tip-off on October 30, with the NBA Champion Miami Heat playing the Chicago Bulls at 5:30 AM IST, followed by the Los Angeles Clippers playing the Los Angeles Lakers at 8:00 AM IST. A day later, the much-hyped season opener for Vivek Ranadive's Kings will be shown live (to a large viewing party in Mumbai) against the Nuggets.

Yes. An NBA Double-Header. Every day. ANYTHING IS POSSIBLE!!!!!!!

A total of 1,230 NBA games are played in a regular season. This year, you could catch nearly one-fourth of those games live on your TV sets in India, without needing to drift to the League Pass option - although I would still recommend it for the truest of you fans out there. Fans in India will have access to over 300 live regular season games, as well as NBA All-Star, Playoffs, and NBA Finals. Sony SIX will promote the daily six hour programming block across its network of channels and media platforms. A new basketball lifestyle program showcasing the sport off the court and featuring localized Indian content will also be launched and will air weekly in primetime.

"Sport is flourishing around the world with basketball leading the way due to its broad appeal and accessibility to viewers everywhere," said Prasana Krishnan, Business Head, Sony SIX. "This enhanced offering will give the fans a chance to watch their favorite team and stars consistently throughout the season. We are confident that our approach will open up an enormous opportunity in the ‘Breakfast’ time space for capturing viewership."

The best part of all this? Now, fans don't have to be force-fed only the mass popular/successful teams like the Heat, Lakers, Spurs, or Bulls. Take a look at the NBA's TV Schedule in India and you'll notice that only within the first week, fans will get a chance to watch a dozen different teams in action. This means that Indian fans will have a variety of teams and players to choose from on a regular basis instead of harping on same old LeBron-Kobe debates. It also means that fans of the less-popular teams like Bucks, Bobcats, Suns, or Magic will have many more opportunities to watch your favourite squad lose. And with ample number of Kings' games on schedule, it will be the right foundation to fulfill the vision of Sacramento's owners to see the Kings become India's "home team".

"Our partnership with Sony SIX has been vital to the growth of basketball in India, and this new, expanded programming will increase fan access to NBA basketball on multiple platforms," said Yannick Colaco, Managing Director - India, NBA. "Thanks to the support of Sony SIX, each season we are seeing interest in our game grow, allowing more opportunities to engage our fans whether through media, events, or grassroots programs."

According to Sony SIX, new apps, games and contests will also help reach fans via digital and social media throughout the upcoming season. The NBA Slam Dunk app on Facebook, which will launch within the first month of the season, will ask fans weekly questions and award points for correct answers, with the top point winner each month receiving NBA merchandise. The winner of the Most Valuable Fan, a trivia contest that will run across TV, digital, and social media, will be awarded a trip to the 2014 NBA All-Star and will be featured on a new basketball lifestyle show on Sony SIX.

Those dark-ages of 90s and early 2000s seem almost prehistoric now. For Indian fans, the NBA is now available live daily - twice! It's available on your fingertips and it's available in its full mass instead of just a tiny fraction. It's here to take over your life and make sure breakfast-time is never the same again. It's here to turn a whole generation of Indians into early risers to watch the live action. And it's going to recruit more NBA fans of the game in India than ever before.