10 Suggestions for the new commissioner to improve NBA and Basketball

An edited version of this feature was first published in the 124th edition (2014 - No. 3) of SLAM China magazine. Here is complete, original English version of the story. For the past 30 years, David Stern shepherded the NBA to the new era. In 1984, he took over a relatively modest league with a small audience desperately in need of creativity and a transformation. Stern did just that, as he added seven expansion teams, helped the NBA become one of the most profitable corporations around the world, launched the WNBA, created the NBA Cares programme, expanded the league’s multimedia presence and, perhaps most importantly, opened up the international borders for players and fans like never before.

But now, we’re in the Silver Age. Stern has passed on the NBA Commissioner’s baton to Adam Silver and, for the first time in three decades, there will be a new face in charge of ‘basketball decisions.’

What will Silver’s legacy be? How will he impact the history of the sport? The NBA is still not perfect, and part of Silver’s job will be dedicated to transforming the sport to become a better product and reach a wider audience.

To welcome the new Commissioner, here are my 10 suggestions of how he can improve the NBA and influence worldwide basketball for the better: 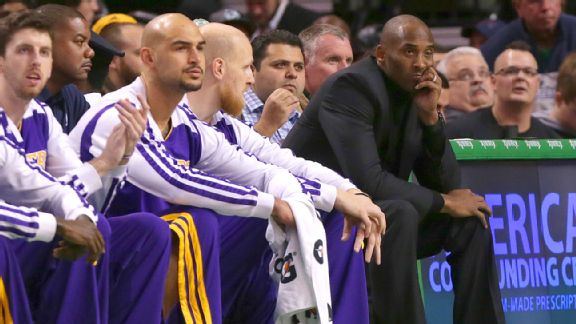 I understand that the arenas and markets who depend on a certain number of home games to boost their economy might protest this, but an 82-game season is an incredible strain on NBA players. There are too many injuries, too many unexplained DNPs, and a whole lotta lackadaisical play through major chunks of the season. If the season starts on Christmas Day and the number of games played per team is shortened, we would see teams rested and well-prepared to give in their full concentrated effort in every encounter, and every encounter would mean so much more.

2. Get rid of the Conference/Division Divide

Every year, undeserving teams from one conference (usually the East these days) make the playoffs and deserving teams form the other (the tougher West) don’t. This season, the third best team in the East wouldn’t even be good enough to make the playoffs in the West. This is especially surprising considering teams in the West play more often than other tough teams while teams in the East always have a softer schedule. With comfortable modern day travel options (and a shortened season as I suggested above), it’s time to end the conference and division divide and have all 30 teams in the same round-robin league, playing each other an equal number of times. 16 of the best, from any geographical location, will make the playoffs. Stop rewarding mediocrity with a post-season berth and punishing quality play for simply being in the wrong conference. Let’s make things fair and equal for all.

3. Change the draft lottery to give every team an equal chance

The lottery had good intentions, to spread the talent equally around the league by giving bad teams a chance to draft good players, but at the same time, make the likelihood of a higher pick depended on chance. Unfortunately, it has encouraged tanking around the league as GMs offer their fanbase a bad product in hope of getting lucky with a good player in the future. Too many franchises get stuck in the cycle of playing badly and then picking badly for years and the fans suffer. Meanwhile, teams who built upon smart thinking win a lot and never get a chance at drafting a good player. The best young players end up in losing teams with losing cultures. And the worst-sufferers are mid-tier teams who aren’t good enough to get past the First Round or bad enough to rebuild from the draft. So here’s my wacky solution: change the lottery radically to give everyone – including playoff teams – an equal chance in the draft order. The Miami Heat and the Philadelphia 76ers should have the same shot at the number one pick. This way, bad teams won’t be always rewarded, good teams won’t be always punished, and where a player ends up will depend on pure, equal luck. 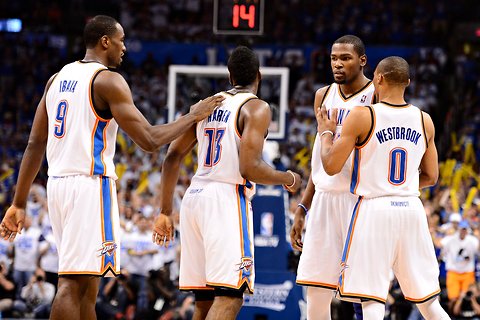 4. Reward teams with flexible cap room for players they drafted

The NBA cap space is a great thing and it keeps – theoretically, at least – the rich from getting richer and the poor from getting poorer. Unfortunately, the cap space means that teams that have worked hard to draft talented players can sometimes end up losing those players because they become too talented for their budget after the rookie contracts. Case in point: the Thunder, who drafted brilliantly in getting Kevin Durant, Russell Westbrook, James Harden, and Serge Ibaka together on the same side. So it was a pity that, to stay in budget, they had to trade Harden and be punished for the very thing that should be celebrated – their superior scouting. My solution is this: every team should be allowed exceptions to go over the cap limit a little for the players that have played for them since their rookie contracts. It’s a good way to reward smart management, avoid the breakup of a young team, and build a long-term bond between a team, a city, and a star player.

With the current season in full swing, we might be forgiven for forgetting the chaos and emptiness that existed when the NBA locked out in 2011. David Stern’s NBA had four lockouts in the last two decades, and it will be up to Silver to end the costly and painful ordeal that leaves a bad taste for team owners, players, and fans alike. It’s not an easy task, of course, but Silver will need to foresee and try to get both sides to negotiate well in advance before players can opt out of the current CBA (June 30, 2017). Stern called the 2011 Lockout the ‘nuclear winter’ of the NBA. Silver needs to make sure that the sun always shines on basketball.

6. 1x1 Tournament at the All Star Weekend 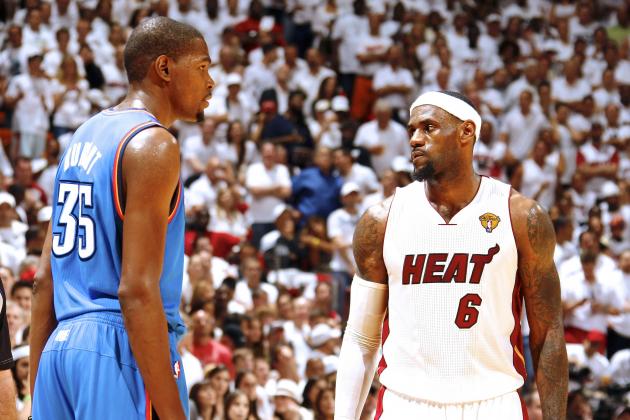 It might be hard to convince the league’s best players – who will publically profess that basketball is a team game – to put their reputations and health on the line for an exhibition one-on-one tournament. But imagine how much fun it would be! The NBA can have fans vote for the eight players they want to see play in a knockout one-on-one tournament on All Star Saturday. First to 15 wins and moves on to the next round. And offer a cash prize for the player and a charity for the winners. Everyone can be convinced for charity, right? My choice eight players are LeBron, Durant, Paul George, Chris Paul, Carmelo Anthony, Derrick Rose (when healthy of course), James Harden, and Kobe.

Let them play! In recent years, the league has become too reactive to calling fouls on the slightest touch, especially to the super-duper stars, and sensitive to any and every show of passion and emotion by punishing it with a technical. Look, no one wants players fighting or Malice In the Palace style brawls, but NBA rules have gone to the other extreme. Minor face-offs, an angry bounce of the ball, an aggressive step or two, or a frustrated scream for a split second now all warrant technicals. Meanwhile, physical play and tough defense is being discouraged and offensive players are earning the benefit of the doubt. Basketball is a contact sport, and I think a little bit of contact is fine. Offense is fun to watch, but true fans enjoy the grind-it-down style of defensive basketball that the NBA playoffs bring.

Too many games are decided on refereeing decisions, and in many cases these days, the NBA is admitting to those mistakes a day or two after the damage is done. Refs are human and shouldn’t be penalized for close calls that could’ve gone either way. But I think there should be a bigger penalty to the referees for truly blatant bad calls, especially those that decide the fate of the game.

This will not be Silver’s initiative alone, but like Stern worked with FIBA’s Boris Stankovic to help realize the 1992 Dream Team and thus brought basketball more popularity globally, Silver should work with FIBA to bring together an innovative international club basketball tournament. Think of it like Euroleague Basketball, or Champions League Football, but on a global scale. Like the proposed FIBA World Club Championship with top NBA teams going against top teams from Europe, South America, Africa, Asia, and Australia play in a brief off-season tournament in meaningful games. Schedules don’t always align right now, but this can be worked out. Pit Miami Heat against Real Madrid, Olympiacos against Guangdong, Pinheiros against San Antonio Spurs, and more.

Although FIBA will reinvent the World Championship as the World Cup in Spain this year, the tournament is still relatively minor in the basketball world. The best players in the world take the Olympic gold most seriously, and the World Cup second. But in the Olympics, Basketball is only one of the many events and can be lost in the shuffle of the other sports. The World Cup is about basketball and basketball alone. FIBA should learn from the footballing world, where teams usually send a second-tier team to the Olympics and save the best for the World Cup. The NBA’s and thus Silver’s role will be to take the first step in hyping up the World Cup. USA are by far the best team, and the NBA’s coordination in the event would help it reach the greatest audience. More importantly, if the world’s best basketball players – all of whom play in the NBA – can be sold on the idea that winning the World Cup for their country (like it’s in the Football world) is the biggest milestone of their career, even bigger than an NBA title, then Basketball can truly rival Football as one of the world’s biggest sports. For Silver and the NBA, it might sound like taking a step back at first, but I believe it will eventually lead them many steps forward.

The ball’s in your side on your court, Mr Commissioner. It’s up to you to dribble it ahead to a brighter future.
Posted by KARAN MADHOK at 07:54