It's a good time to start familiarizing yourself with the name Sukhjot 'Sukh' Bains. While he has been a rising basketball star for a while in recent years, Bains - who plays for Tamanawis Secondary School in Surrey, British Columbia, in Canada - took his game to the next level over the past month. The 6-foot-6 High School senior blazed the way to lead his team to the Fraser Valley Championship with an MVP performance in the tournament. Not long after, he was ranked as the number one 12th grader in all of British Columbia basketball. He's been ranked the 24th best player in Canada's Class of 2014 and has earned an invite to tryout for Canada's Junior Men's National team. 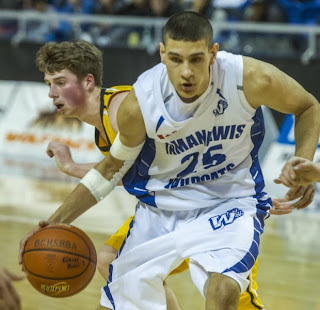 And by the way, he was born in India.

Although he's a Canadian citizen, the 18-year-old Bains was actually born in the village of Ottal in Shahid Bhagat Singh Nagar district (formerly Nawanshahr) in Punjab. Less than two years later, Bains moved to Canada with his mother and older brother to join his father, who had immigrated a year earlier. Since then, the family has been back to India for two visits over the past eight years.

Sukhjot has been training at the Athelite Basketball Academy since he was 11 years old. Athelite is also co-run by their Indo-Canadian director and coach Surinder Grewal, who has helped oversee Bains become into one of the top young prospects in Canada. According to Grewal, Bains is currently exploring options of playing Division 1 basketball in the states as he has received a lot of interest. 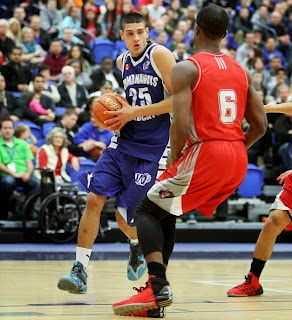 Bains has been on a tear that last two years, and finished the 2013/14 season with averages of 28.5 ppg, 13 rpg, and 4.3 apg on an unreal 43 percent shooting from the three-point line - his specialty - and 61 percent from inside the arc. His team finished with a 35-5 record which brought them the city and Fraser Valley championships and a 27-game winning streak that only ended with a semi-final loss at the provincial tournament a few weeks ago.

Bains played in the two most crucial games of the year over the last month, both that ended with dramatically opposing results. He scored 43 points which included 17 in the fourth quarter and OT and a clutch game-tying three in his team's Fraser Valley Final win against Gleneagle. With aspirations to win the provincial championship, Bains and the Tamanawis Wildcats finally faced defeat in the Semi-Final to Vancouver’s Sir Winston Churchill after Bains fouled out of a close game. Either way, his High School career ended on a memorable note and has promise of great things ahead.

Here is a video of Bains' highlights from February this year. You'll find a whole wealth of other clips of him on Youtube.

Meanwhile, if you're searching for other successful Indo-Canadian talent, the best place to start would be with these two big guys.