The rhetoric has been thrown around for a long time. India, with it's large population, has long had the potential for being a major basketball market. People have said that it's an easy and accessible game that all Indians can love. People have hoped that it can become the second-most popular sport in the country. But someone needed to turn the talk into action, and turn hopes into results.

Well, now it's time to get really, really amped: with one swift move, the NBA and Reliance have made an effort that could change basketball for Indian youth forever.

The first year of the programme will operate in more than 150 schools across Mumbai and Kochi from October 14, 2013 to February 8, 2014. The programmes main goals are to promote health, fitness and an active lifestyle through basketball, and teach the values of the game such as teamwork, sacrifice, discipline, dedication and sportsmanship. It will feature a combination of in-school and after-school activities along with basketball competitions. 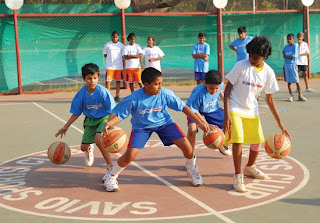 In addition to the in-school portion, select schools will make their courts available four days per week for after-school basketball programmes comprised of more advanced training and individual skills and team-based competitions. These will include 3x3 and 5x5 competitions, and the top players and teams from each school will be selected to compete in a citywide competition. 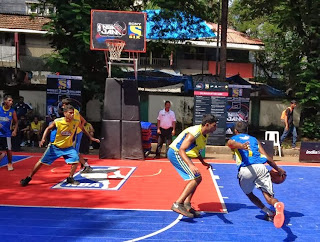 “We are excited to partner with NBA, the world’s premier basketball league, in transforming India’s basketball landscape. India has a rich reservoir of sporting talents and schools are the fountainhead where those talents can be identified and nurtured,” said Reliance Foundation Chairperson Nita M. Ambani. “Through this historic association, Reliance Foundation looks forward to bringing the NBA’s world-class expertise and curriculum and taking Indian basketball to greater standards of excellence.”

“This is an important step in our commitment to grow basketball at the grassroots level and encourage a healthy and active lifestyle in India,” said NBA Commissioner David Stern. “Reliance Foundation is recognized for its tireless efforts to give back to communities, and we could not ask for a better partner to work with us to positively impact the lives of Indian youth.”

All local coaches to take part in the train the trainer programme will receive a ‘Jr. NBA Basketball in a Bag,’ which will contain resources for them to grow the game in their communities. The bag includes an India-specific coaching guide with curriculum for in-school and after-school programs, nets, whistles, cones, air pumps and a Jr. NBA poster. 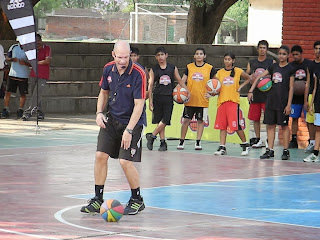 By aiming at schools in India and bringing high-level basketball coaching to the youth, this programme could make basketball an even bigger part of the physical education curriculum for young Indians. And the more basketball they play and learn at a young age, the more chances we have of spreading the love and talent for the game into the next generation. By going out at the grassroots level, this Reliance and NBA programme can finally be the big push needed in bringing basketball more to the mainstream Indian masses and a bigger part of the sporting culture in India.

This if of course not the first time that Reliance Industries have taken a dip into Indian Basketball. Reliance are also in partnership with IMG Worldwide to tie up with the Basketball Federation of India (BFI) in supporting the Federation as they look to develop basketball in the country, which includes the launch of India's first ever professional basketball league over the next year.