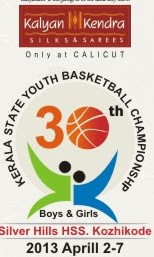 Games will be held at the Silver Hill Indoor Stadium in Kozhikode. The championships are being held for the Sam Joseph, Shahil Muhammed, and Velandi Achu Master Memorial KBA tropies. A total of 14 teams each in both the boys' and girls' divisions have been chosen for the Kerala Youth Championship. The participating teams are:

Hosts Kozhikode are the reigning champions in both divisions. The teams to represent Kerala State at the National Youth Basketball Championship in Kolkata (West Bengal) from April 30 - May 7 will be determined on their performance at this tournament.

India is also holding its first ever national-level 3x3 basketball championships this year. The Junior (U18) National 3x3 Championship is set to be held in Ludhiana (Punjab) on April 18-19. Kerala's team for the tournament will be picked from the state-level performances at Kozhikode.

On April 6, Kozhikode basketball legends will be honoured at the event by PJ Sunny, the Chairman of the Kerala State Selection Committee.