Over the past year or so, Bengaluru has been a sort of lucky charm for India's Women's basketball. Last year, both India's Senior and U16 Women's squads played in their respective FIBA Asia tournaments hosted in the city. And each time - the seniors in July and the Youth players in October - India started in the lower Division B and won all of their matchups to earn promotion to Division A.

Now, the U18 squad find themselves in a similar predicament. Bengaluru. Division B. A FIBA Asia Championship. Even the head coach - Zoran Visic - is the same. And India will be hoping that the culmination of these factors will yield another positive result, another promotion, and finally produce some good news after a cold, barren period in Indian basketball. 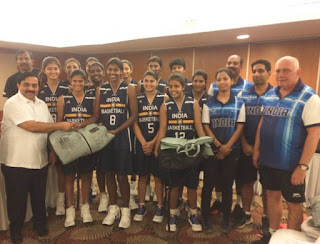 192 of Asia and Oceania's finest junior women cagers, across 16 teams, are set to take centre stage in the 2018 FIBA U18 Women's Asia Championship in Bengaluru from October 28 to November 3. The teams are divided into the higher Division A and the lower Division B. The former teams - plus India - will play their games in the showcase Sree Kanteerava Stadium in the city, while the rest of Division B will be at the Koramangala Indoor Stadium.

All eyes will be on China at the top, who have won four straight U18 FIBA Asia Women's titles and are aiming for a five-peat. This team around, however, they will have stiff challenge from Oceania's entrants Australia and New Zealand. Australia will definitely be favourites as they feature a similar squad to the won that won the U17 FIBA World Championship. Other teams to watch will include Japan and Korea, too.

Led by Zoran Visic, India have reason for caution even as hosts in their lower division. The team is missing two of its best players to injury, Vaishnavi Yadav and Sanjana Ramesh. Additionally, the captain of the current team, Pushpa Senthil Kumar, is also recovering from injury and will likely be a game-time decision for India's opening match. India will be hoping that a healthy Pushpa, along with other young players will international experience like Sreekala Rani, Sushantika Chakravortty, and Ann Mary Zachariah will be able to lift the team to promotion.

Even with all the injuries, home court and recent experience of a similar U16 team should make India favourites in the division. India were in Division A at the 2016 version of this championship and ended winless to be relegated. Visic will hope that his influence can help a bounce back. However, India will have difficulty preparing for their opponents, featuring a little-seen Iran squad, newcomers Guam, and Singapore in their group. 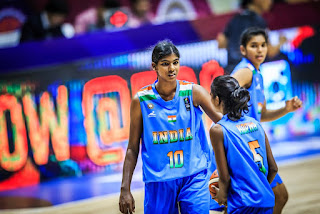 If India are able to get through this group (and ideally, it should be easy for them to do so), their biggest threat to winning the division will probably come through from a strong Kazakhstan squad in Group B. On Friday, the Basketball Federation of India (BFI) announced a cash prize of ₹10 lakh for the team if it finishes atop Division B.

The top four teams from Division A will grab the spots for the 2019 FIBA U19 Women's World Cup. All Division A games and India games will be live streamed on FIBA’s social media channels. The BFI has announced free entry to the Sree Kanteerava and the Koramangala stadiums for the group stage!