The fans expected to defend their home turf, to ensure that local pride was protected, to win a major national basketball championship against some of the best young players in the country. And Team Rajasthan did just that. At the 35th Youth National Basketball Championship for Boys and Girls, held in Udaipur, Rajasthan over the past week, India's top youth (under-16) teams showcased their skills and made a name for themselves as rising prospects. When the dust settled after the finals on Sunday, October 7, Rajasthan (Boys) and Punjab (Girls) emerged as champions. 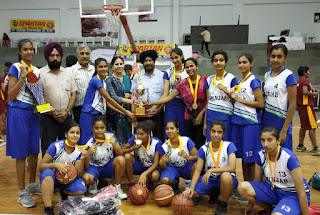 For Rajasthan, the victory was their first gold in the Youth Nationals since 2007. Rajasthan left no room for mistakes in the final, defeating Maharashtra easily 85-54 to secure their victory. Rajasthan's Rajveer Singh scored 26 points in the final and was aided by Jitendra (18) and Rudra Pratap (17).

The girls' final was a closely-contested match that saw Punjab sneak by Karnataka 67-66 to secure the gold medal. Sukhmandeep Kaur led the way for Punjab with 16. The defeat was Karnataka's second-consecutive year of a loss in this tournament's finale. Sanjana scored 24 for Karnataka in the loss. 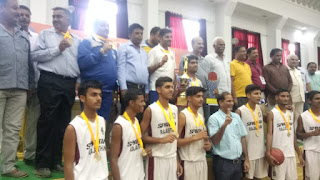 Rajveer Singh (Rajasthan) and Sukhmandeep Kaur (Punjab) were named the Most Valuable Players in the boys and girls divisions respectively.