Pencil in your calendars: NBA preseason likely heading to India in 2019


It's the news we've been waiting to hear for years, at least since the NBA's first-ever India-born owner Vivek Ranadive bought the Sacramento Kings and immediately went into overdrive to lure the Indian basketball market. Ranadive has wanted to bring an NBA preseason game to India since 2013, and while the NBA made its continuing inroads in China once again this week, the league finally dropped a hint that India could be next. 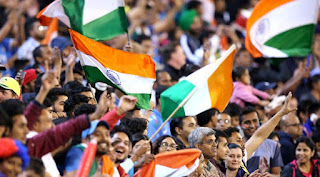 Reporting from the NBA China Games in Shenzhen, ESPN's Tim MacMahon tweeted that the NBA will hold 2019 preseason games in Japan (two cities), Dubai, and India. Ranadive's Sacramento Kings are expected to participate in the Dubai/India games. According to Scott Agnes, a Pacers reporter for the Athletic, the Indiana Pacers have been scouting locations in Dubai and India and will be the Kings' likely opponents in these games.

If true, this news will confirm the rumours that have been swirling stronger in Indian basketball since NBA's Commissioner Adam Silver announced in February that the league plans to bring a preseason game to India next year.

Now that the news has leaked, the next twelve months will probably be filled with details of host cities in India preparing for this big event. As the country's financial capital, Mumbai have the lead in the race here. But Bengaluru has a strong international culture and India's best-used basketball arena, the Sree Kanteerava Stadium. A wildcard is the NBA's Academy in Greater Noida, which is an inconvenient location for such a big event, but could be something the NBA might settle for to have the game tighter under their reigns.

For now, Indian fans can start prepping to jump on the Kings or Pacers bandwagons in advance for the game, especially since they are two of the league's lesser-known squads globally. My advice for those wanting to take the lead in merchandising? Find the Sim Bhullar Kings jersey, honouring the big man who earned his 15 seconds of fame by becoming the first player of Indian-origin to play in the NBA. Or, if you'd rather pick the Pacers, customise an Indiana jersey so it just reads 'Indian' in the front. I'm sure Reggie Miller would be proud.