Robert Horry has been basketball's ultimate good-luck charm. Here's a player with no All Star appearances, no All NBA teams, no major individual accolades except for an All Rookie Second Team in his first NBA season. And yet, by the time he retired from basketball 16 years later, he had etched his name as one of the greatest winners in NBA history. Horry won championships almost everywhere he went and ended up with a total of seven titles, more than any player in history that didn't play in the heralded 50s/60s Boston Celtics. More than Jordan, Kareem, Magic, Kobe, Duncan, or Shaq. 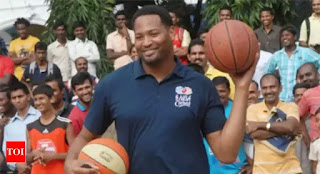 And now, the big man known as "Mr Big Shot" will visit India - for the second time - to mark the start of another NBA season.

The NBA announced on Friday that Horry will visit India next week, from October 19, to celebrate the 2018-19 NBA season tip-off with fans and engage with the country’s top prospects at The NBA Academy India.

Horry will first stop in New Delhi on Oct. 19, where he will train with the 24 full-time prospects at NBA Academy India in Greater Noida. He will then make live television appearances on Sony Ten 1 and Sony Ten 3’s NBA wraparound shows on Oct. 20 and Oct. 21 respectively in Mumbai to discuss the upcoming NBA season. 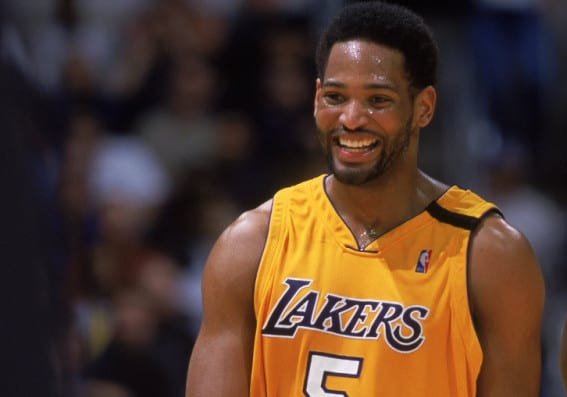 Horry's first trip to India was back in September 2012, where he was the featured guest for the launch of the NBA 3x3 season in the Delhi-NCR region.

"I’m excited to return to India to work with some of the most promising talent the country has to offer and celebrate what will certainly be an electrifying NBA season," said Horry. "I understand the game has made huge strides since my last visit to India in 2012, and I can’t wait to see this for myself."

Horry, a 6-9 power forward was the definition of a modern "stretch 4" before it became a commonplace thing in the league. He was drafted by the Rockets in 1992 and won the 1994 and 1995 titles in Houston. He played one season for the Phoenix Suns and then ended up in the Los Angeles Lakers, with whom he won a threepeat (2000-02). Horry's last stand was with the San Antonio Spurs, where he added two more titles to his tally (2005, 2007) before retiring in 2008. During the course of his career, he played alongside some of the NBA's greatest-ever players, including Hakeem Olajuwon, Shaquille O'Neal, Kobe Bryant, and Tim Duncan.