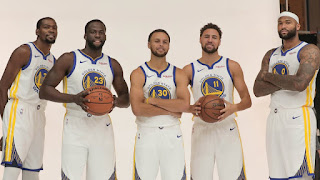 The new NBA season is here, and so is Hoopdarshan, India's premier basketball podcast! In episode 69, hosts Kaushik Lakshman and Karan Madhok are joined by basketball superfan James Hsu to speak about burning topics like the Warriors' inevitability, Lakers' playoff fortunes, the new Kings of the East, the Timberwolves timbermess, the future of the Knicks, and everything else!

Originally from Vancouver, Canada, Hsu has a myriad of fascinations, including technology, Magic The Gathering, and the Chicago Bulls. James is the founder and CTO of CardBoard Live, has written a memoir about his Magic The Gathering journey, and hosts a podcast called Humans of Magic.