For the second time this year, India played host to one of FIBA Asia's marquee basketball events in the region, with the top youth women from over a dozen Asian nations descending into Bengaluru's Sri Kantaveera Stadium for the 2017 FIBA U16 Asia Championship For Women. As the week-long tournament concluded on Saturday, October 28th, newcomers Australia - playing under the Asian banner for the first time - took the gold medal with a thrilling win over Japan in the final. 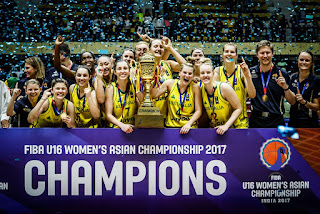 India, meanwhile, began the tournament in the lower Division B. With many encouraging performances, India dominated the second-tier of the competition, winning all of their games in comfortable fashion and securing a qualification to Division A in front of their home fans.

The Division A final pitted the two strongest teams of this year's competition - Australia and Japan - against each other. Japan have been to every final of this tournament (five consecutive times), but only won once, back in 2011. Leading 41-32 at halftime on Saturday, it seemed that they would finally add another gold to their tally. But Australia amped up their defense after halftime were able to edge Japan to secure a nail-biting 61-60 win. This was the first time that teams from Oceania (Australia, New Zealand) were playing in this tournament, and Australia celebrated their entry with a debut gold. 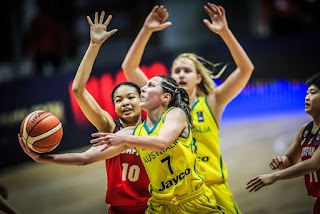 Two years ago, India had a forgettable experience at the FIBA U16 Asia Women in Medan (Indonesia), losing all of their higher division games and getting relegated to Division B. This had been a similar situation with India's senior women's team for this year's FIBA Asia Women's Cup in Bengaluru earlier this year. India's coach - the Serbian Zoran Visic - helped the senior team finish that previous tournament in perfect fashion and regain Division A status. Visic was named head coach of the U16 team by the Basketball Federation of India (BFI) to help repeat his achievement for the younger girls.

India started the 2017 U16 championship in Division B's Group A, alongside Nepal, Sri Lanka, and the last-minute addition, Iran. India opened the tournament in dominant fashion with their best offensive performance: led by a dominant all-round performance by Vaishnavi Yadav (23 points, 6 rebounds, 7 assists, 8 steals), India blew past Nepal to a 106-37 win. Captain Pushpa Senthil Kumar added 18 points and 11 rebounds to India's winning effort. 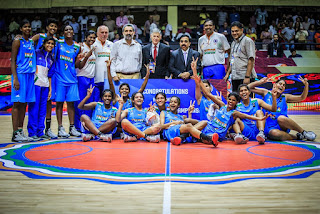 Game 2 against another South Asian competitor Sri Lanka proved to be more of the same. India started the first quarter in style, getting a 30-7 lead, and cruised to a 86-58 victory. Monica Jayakumar had her breakout moment with 19 points and 8 rebounds, while Kumar was unstoppable in the post again (18 points, 19 rebounds).

India's most interesting group opponent was set to be Iran, a late entrant to the women's basketball stage in the continent. After a hesitant start, India took complete charge in the second quarter and dominated on both ends of the floor after halftime for a convincing 97-53 win. Vaishnavi Yadav (29 points, 6 rebounds, 5 assists) was at the top of her game, leading five Indians in double figure scoring.

India had now earned a qualification straight for the semi-final, where they played a much taller Kazakhstan side. But the height disadvantage didn't stop India, and instead, spurred to the team to a strong defensive effort. Led again by Yadav (21 points, 15 rebounds), India shut down the Kazakhs to win 77-40. 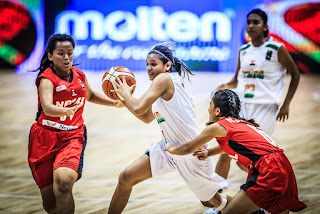 In the senior women's final against Kazakhstan, India had needed a dramatic game-winning shot by Shireen Limaye to secure their Division B victory. In the U16 final against Malaysia, however, no such heroics were necessary. Like they had been all tournament, India were dominant from the star, holding Malaysia to just three points in the first quarter and holding a 32-24 halftime lead. Another spurt in the third and some tenacious defensive work helped India close the game out with a 64-48 win.

India ended the tournament with a perfect 5-0 record, won Division B, and secured their promotion to Division A for the next iteration of this tournament.

The biggest star to emerge for India from this championship was Uttar Pradesh girl Vaishnavi Yadav. After making a name for herself at the Youth Nationals for UP earlier this year, Yadav enjoyed her major international breakthrough in front of an eager home crowd. She finished the tournament as Division B's leader in points (20.4 ppg) and joint leader, with another Indian Neha Karwa, in assists (6.2). Yadav was also India's second-best player on the boards, grabbing 8.8 rebounds per contest. The team's captain Pushpa Senthil Kumar was also a major force in the post, finishing as the division's second-best rebounder (13.2 rpg). Karwa was a steady presence for India all tournament, too, and could be a guard to watch for the future.