The NBA G-League draft is a marathon, including four rounds and over a 100 picks from a selected pool of players who all have the opportunity to taking a small step to their hoop dream through the NBA's minor league. One of the players waiting in this pool was Indian basketball superstar Amjyot Singh, who had tried and failed at last year's G-League draft, and returned to the United States again last month with renewed zest to prove his worth to coaches and scouts. 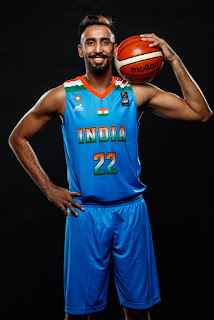 But on draft day on Saturday, October 21, as time passed, one pick turned to the next, and the final round of selections came close to its conclusion, it seemed that Amjyot was going to be let-down once again

In true clutch fashion, however, Amjyot got a game-winning play just before time expired. With the 103rd pick of the afternoon (the 25th pick of the fourth and final round), the Oklahoma City Blue - an affiliate of the NBA's OKC Thunder - selected Amjyot Singh! With this pick, Amjyot became the second Indian player to be picked by the G-League (after Palpreet Singh last year) and the third Indian to be selected into the NBA universe (after Satnam Singh was drafted by the Dallas Mavericks in 2015).

If Amjyot passes his physical, he will have the opportunity to join the Blue in their training camp roster. The selection doesn't guarantee that Amjyot will actually play for the team. G-League squads can release their draft picks at any time - last year, Palpreet only lasted with the Long Island Nets for a week before he was released. 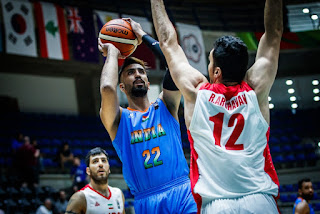 Amjyot is one of India's most talented basketball players, one of the national team's "Big Three" along with Amritpal Singh and Vishesh Bhriguvanshi. For the past five years, he has been India's most consistent scorer on the international stage and helped India to many high-profile victories. Amjyot played professionally in Japan's Summer League and Development League a few years ago and is an accomplished international 3x3 basketball star.

Originally from Chandigarh, the 6-foot-8, 25-year-old forward was India's captain and leading scorer at the recently-completed FIBA Asia Cup in Lebanon. Amjyot was trained at the Ludhiana Basketball Academy in Punjab and played domestically for IOB (Chennai), Punjab Police, and the Delhi Capitals of the UBA League.

The top pick of the 2017 draft on Saturday was Eric Stuteville, who was picked by the Northern Arizona Suns. 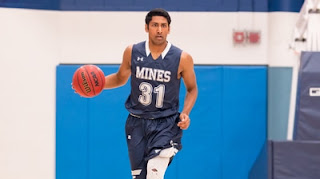 The Indian diaspora have another important reason to celebrate the 2017 G-League draft. Just a few picks before Amjyot, the Canton Charge (affiliated with the Cleveland Cavaliers) selected Indian-American Gokul Natesan with the 97th pick (Round 4, Pick 19), a swingman who had starred for the Colorado School of Mines last season in NCAA Division II. Natesan is from California, and his parents originally immigrated to the United States from Tamil Nadu. He finished 2016-17 season in the All RMAC (Rocky Mountain Athletic Conference) First Team and as the RMAC Academic Player of the Year. He led his team in minutes, scoring (18.5 ppg), and assists (4.1 apg) while leading the Mines to the NCAA D2 Elite 8 stage for the first time.

The journey forward is still going to be long and arduous for these two players, but their selection shows the continuing improvement and visibility of Indian basketball players from home and abroad. Hopefully, they can carve a path for many more to follow in their footsteps.
Posted by KARAN MADHOK at 00:45