Continuing to ride the wave of the growing popularity of 3x3 basketball, India have sent their junior boys and girls squads to Cyberjaya, Malaysia, to take part in the third edition of the FIBA 3x3 U18 Asia Cup 2017. The tournament will be held between 26-28 May and will see 32 teams (16 each for men and women) competing to be crowned Asia’s best.

India have a strong history at this tournament. At the very first FIBA Asia U18 3x3 held in Thailand in 2013, India's boys and girls both came home with silver medals. However, India didn't play in last year's edition of this tournament, which was won by Qatar (Boys) and Japan (Girls). 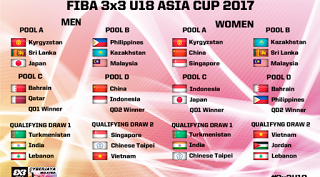 India will be starting from a point of disadvantage this time around, as both our boys and girls teams have to go through a qualifying round first before being eligible to make it to the group stage of the championship. The men will be going up against Turkmenistan and Lebanon while the women will face Chinese Taipei and Turkmenistan. If the teams were to top their pool and qualify, the men will be placed in pool with defending champions Qatar while the women would be placed in a pool against Japan – an Asian powerhouse, who also are the defending champs. 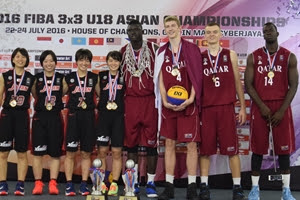 The matches can be streamed live on FIBA 3x3’s YouTube channel. The link: https://www.youtube.com/FIBA3x3

The selection trial for this event was held on 21st April 2017 at the National Basketball Academy – Indore, Madhya Pradesh. Former Olympian Dilip Gurumurthy of Karnataka will be leading the boys while girls are being led by Indian Railways’ Jeena Zachariah. "The tournament is going to be a great learning experience for our players. We hope that the exposure they get due to such opportunities help them develop their game and become better as players," said Gurumurthy. "We have been seeded against two of the better teams (Turkmenistan and Chinese Taipei) of the tournament. We aim to give it our best and hope to qualify for Pool C," said Zachariah.