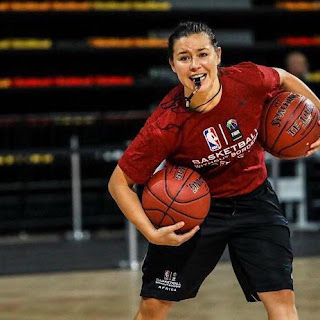 It's a busy month for basketball, with the NBA Playoffs, Euroleague Final Four, launch of the NBA Academy India, and hoops fever all over the globe. For Episode 46 of Hoopdarshan, Vanja Cernivec - an NBA Operations Specialist currently for the Europe-Middle East-Africa region, joins hosts Kaushik Lakshman and Karan Madhok to talk about all types of hoops: coaching in India, China, Spain, closely observing the Euroleague, NBA playoffs, and the rise of her fellow Slovenian prodigy Luka Doncic

In addition Kaushik and Karan discuss more recent news in Indian basketball, such as catching India's top players at the NBL Draft Combine in Melbourne, India's draw for the FIBA World Cup qualifiers, FIBA's end of the "Headgear Ban", and the launch of NBA Academy India.