Welcome to Mysuru, formerly Mysore, the third-largest city in Karnataka. Known for being the 'cleanest city in India', descending from a proud history of the Kingdom of Mysore, boasting beautiful palaces, and known for its popular silk saris. 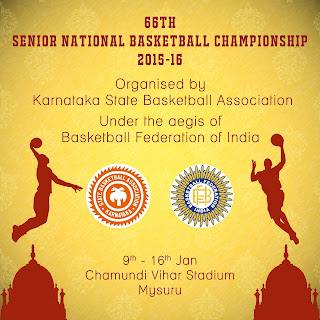 And now, hopefully, for its basketball, too.

From January 9-16, the entire Indian hoop nation will descend in Mysuru for India's biggest and most prestigious basketball tournament, the 66th Senior National Basketball Championship for Men and Women. The 'Senior Nationals'- organized by Karnataka State Basketball Association (KSBBA) under the aegis of the Basketball Federation of India (BFI) - will tip off Chamundi Vihar Stadium Complex in the city on Saturday. The Senior National Basketball Championship is returning to Mysuru after a gap of 29 years. 29 men’s teams and 24 women’s teams representing most of India's states and provinces have confirmed participation. 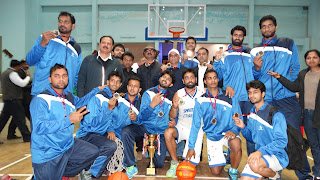 Last year's Senior Nationals were held in Bhilwara (Rajasthan). In the Women's section, Chhattisgarh repeated after 2014's surprise win to once again win the gold. In the Men's tournament, 2013 champions Uttarakhand bounced back to reclaim their place at the top. Chhattisgarh's Poonam Chaturvedi recovered from a brain tumor to win the tournament's MVP in the women's division, while Uttarkhand's Amrit Pal Singh was the Men's MVP.

Chhattisgarh’s Women team will attempt to complete a three-peat of titles after breaking Indian Railways’ monopoly over the trophy two years ago. In the Men’s section, Uttarakhand, Tamil Nadu, Services, and hosts Karnataka will feature stacked rosters competing for the title. India’s best players will be there competing for the nation’s most prestigious domestic title. Over 160 matches will be played in this premier league cum knockout gala that will see the country’s top international stars in action. Vishesh Bhriguvanshi (Indian men’s team captain), Anitha Paul Durai (veteran Indian women’s captain), Jeena PS (Kerala) and Karnataka’s own international stars Arvind Arumugam, Bhandavya HM and Rajesh Uppar are just few of the big names expected to participate in this marquee event.

"In terms of number of teams to register, this is the highest participation we have received in a long time," said K Govindaraj, President of both the KSBBA and the BFI. "Bengaluru hosts many Championships, we wanted to give Mysuru an opportunity to showcase its infrastructure and host a National level event. With this exposure, hopefully Mysuru can also conduct an Asian level competition in the future." 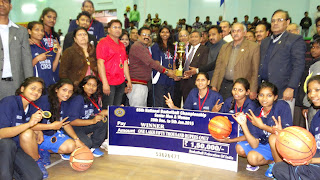 Speaking on the innate potential of basketball, he said, "If you go to any school, taluka or district stadium, you will find a basketball court. That is the ubiquitous presence of basketball, which we are going to take to greater heights." 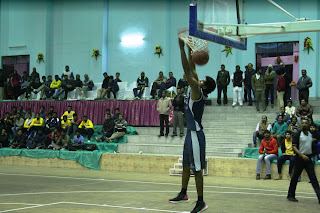 Women
Besides on-court action, the BFI and KSBBA will also be organizing the FIBA Asia Development Plan - Referees clinic at the Chamundi Stadium from January 14-16. This will be conducted by Heros Avanesian, Head of Competition – Asia, International Basketball Federation, FIBA Asia. As per the FIBA Asia directives & guidelines it is mandatory for all National and FIBA Active referees to participate in the clinic. Non-participants or referees who fail the tests will be deprived from officiating FIBA ASIA events.