Happy new year readers! As per tradition here at Hoopistani, we will start the new year by quickly catching up with India's place in the basketball world. 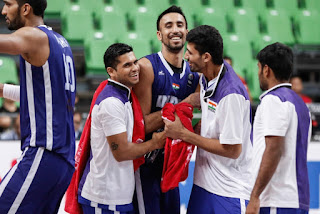 Indian basketball had a roller-coaster of a year in 2015. There were some strong performances, like the Men's squad making it to the Quarter-Final of the FIBA Asia Championship for the first time in a dozen years. But there were also disappointments, like the Women's team getting relegated to Level 2 of the FIBA Asia Women's Championship. The up-and-down year resulted in India's combined FIBA rankings (Men, Women, Boys, Girls) dropping one spot - from 51 a year ago - to 52, with 66.6 points. India is the ranked 8th in Asia in the combined rankings.

On the back of their impressive performances at Changsha's FIBA Asia Championship, India's Senior Men jumped eight places up to 53 from 61 last year. Despite domestic turmoil, the 2015 FIBA ABC turned out to be a fruitful tournament for Team India. India sent a tweaked 12-member squad to Changsha, featuring new head coach Sat Prakash Yadav and minus the presence of many veteran players, but they did well enough to finish the tournament with a 3-6 record at 8th place. Amjyot Singh proved to be India's breakout star of the year. 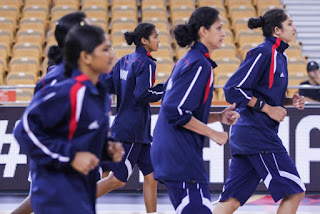 India's Women contingent - a young, rebuilding squad - returned home disappointed from the FIBA Asia Women's Championship in Wuhan, taking several steps back after their historic performance at this same tournament two years ago. Playing in the higher Level 1, India lost all five of their Preliminary Stage game to end the tournament at sixth place. They then lost a Level 1 playoff as well and fell to Level 2 for the 2017 FIBA Women's ABC. The Women fell one place to 40th place.

At the FIBA Asia U16 Championship for Men, India in Jakarta (Indonesia), India found themselves in a tough Group D, which featured two semi-finalists - Korea and China - as well as Iraq. The team was led by Head Coach Mahendar Singh Rathore and captained by rising young star Baladhaneshwar Poiyamozhi from Tamil Nadu. The team ended the tournament with a 2-3 record and dropped to 13th place. Their FIBA rank dropped one place to 52 from last year.

India's under-16 Women suffered a miserable outing at the FIBA Asia U16 Championship for Women in Medan, Indonesia, losing all five of their Level I in comprehensive fashion and losing the qualifying last game as well to fall to Level II in the tournament's 2017 iteration. Despite their performances, however, results elsewhere and participation points actually helped the Girls rise up one spot in the end-of-year FIBA rank. 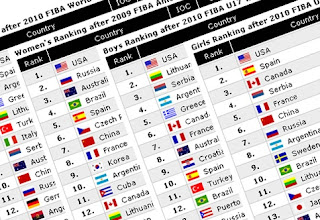 Once again, USA reigned supreme in all the FIBA rankings, combined or otherwise, ranking atop the charts across the board.