Ranbir Chopra, an Indian basketball legend and the captain of independent India's first national team at the First Asian Games in 1951, passed away in his home-town of Kapurthala on Monday, January 25th. Chopra leaves a legacy as one of the most important and influential individuals in India and Punjab basketball. 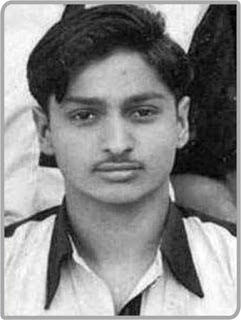 Let's rewind it all back a little bit.

Even though the sport doesn't show up more prominently in mainstream India today, basketball has a long relationship with the country. Several accounts state that the sport has been played in India since the 1930s and credit Punjab's district of Kapurthala as one of the earliest nurseries of basketball in the country. The first Indian National Championship for men was conducted in 1934 in New Delhi. The Basketball Federation of India (BFI), which governs and controls the game in India, was formed a few years after India received it's Independence and the Partition, in 1950.

So now, India had a basketball team, a new team set to represent a brand new nation. And in 1951, this nation hosted very first Asian Games in the continent, in the capital New Delhi. As the hosts, India was one of the six countries taking part in the Asian Games' basketball tournament. India took just one victory from the tournament - a 50-47 triumph over Burma - and finished at fifth place; Philippines took the gold medal.

Free India's first international team (and first win) came under the captaincy of Kapurthala's Ranbir Chopra, one of the earliest stars in the country. From that point onwards, Chopra went on to win a gold medal for Punjab in the 1951 National Basketball Championship, and silver medals in 1952 and 1953. Chopra was coach of the Indian basketball team which toured Pakistan in 1962 and secretary general of the Punjab Basketball Association (PBA) from 1958-1963. During this period , Punjab produced international players like Narinder Singh, Om Prakash, Dharam Paul, Rameshwar Lal, Manjit Singh, Surinder Puri, Pran Nath, Gulab Singh and Krishan Batta, Sarabjit Singh (Arjuna Awardee), Gurdial Singh (Arjuna Awardee) and Joginder Singh Jogi. Chopra regularly organised state championships in the senior and junior sections in Punjab. The association participated in all the National Championships during the period. In 1958 Chopra organised the Senior National Championship at Patiala. Chopra also served as the Vice-President of the BFI and a Member of the Selection and Technical Committee of the federation, too.

Chopra's life ran parallel to the life of basketball in India. He was born where Indian basketball was born: Kapurthala. He captained our independent nation's first basketball team and helped construct an association of success - which is still producing great players - in Punjab. Indian basketball has had its ups and downs in his lifetime, but as he left us, I hope Chopra got a sense of optimism for the sport without him. The best thing that the BFI and the PBA can do to honour his legacy is to ensure that the future of basketball is passed on to good hands and continues to rise up higher.