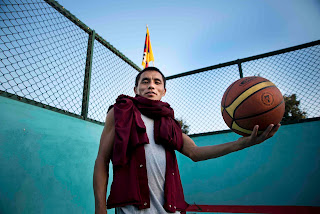 In early October, Hoopdarshan co-host Karan Madhok traveled to McLeodganj and Dharamshala - hill-stations in the Indian Himalayas home to a vibrant community of Tibetan refugees - with photographer Angad Sodhi to cover a basketball tournament among the refugees. The epic trip turned into a story for the upcoming issue of SLAM Magazine (# 195) encapsulating together sports, politics, and travel. In Episode 23 of Hoopdarshan, host Kaushik Lakshman, Karan and Angad talk about the story behind the story, featuring how basketball bonds the refugee community together, the Tibetans' relationship with China and India, unforgettable characters from McLeodganj, and the quest for the perfect momo. 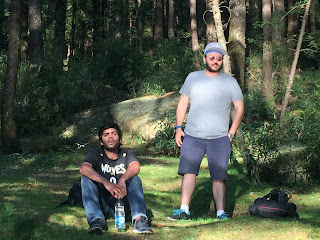 McLeodganj is home to the 14th Dalai Lama - in exile from Tibet to India since the late 50s - and his Temple. Dharamshala hosts the Tibetan Government-in-Exile. Both towns have thus become hosts to tens of thousands of Tibetan refugees over the past few decades and exist as idyllic worlds of peace, spirituality, and surprisingly, basketball. This episode should be heard as a preview or a companion piece to Karan and Angad's work on SLAM Magazine, the print edition of which will be available in US in early January and worldwide soon after. It will also be published on SLAMOnline.com soon.

Angad Sodhi is a professional photographer in Chandigarh, best known for his modern wedding photography around India. You can find some of his best work on his Instagram page or on Facebook.