The numbers for the 2015-16 season of Reliance Foundation Jr. NBA programme are staggering, and as burgeoning students of advanced NBA stats, that is where we shall start first. The programme, a comprehensive youth basketball initiative that applies the values of basketball to positively impact the lives of Indian boys and girls, expects to engage more than 1.5 million boys and girls and 2,700 physical education instructors and coaches in 2015-16. The programme will nearly double its number of participating cities, expanding from eight to 14. Already, since the programme's inception in 2013, more than 1 million youth in over 1,000 schools across nine cities have participated. In addition, more than 15,000 basketballs and 300 basketball rims have been distributed and installed through the program, and NBA International Basketball Operations staff has trained more than 2,000 physical education teachers across the country. All those numbers are set to get a lot bigger. 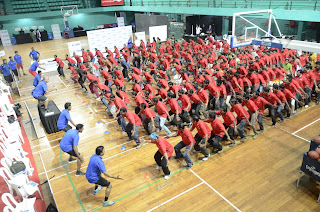 The new season of the Reliance Foundation Jr. NBA programme tipped off at the Rajiv Gandhi Indoor Stadium in Kochi, Kerala, on Tuesday, September 29, with a 'Train the Trainers' programme. After being hosted in eight cities last year, the programme will expand to a further 14 for 2015-16: Ludhiana, Chandigarh, Jalandhar, Chennai, Delhi, Kochi, Kottayam, Kolkata, Mumbai, Ahmedabad, Bangalore, Jaipur, Lucknow and Hyderabad. It will run from now until March 2016.

"We are delighted that the Reliance Foundation Jr. NBA programme is expanding to more cities and reaching more children," said a Reliance Foundation spokesperson, "This programme has used the sport of basketball to greatly impact the lives of Indian children. We are grateful to the NBA for sharing their world-class expertise and resources, and to the schools, coaches and physical education instructors who continue to support this initiative."

"The Reliance Foundation Jr. NBA program continues our goal of providing Indian youth with a platform to stay active and learn the values of basketball, including leadership, teamwork, and healthy living," said NBA India Vice President & Managing Director Yannick Colaco. "On the heels of Sim Bhullar becoming the first player of Indian descent to play in the NBA and Satnam Singh becoming the first Indian-born player to be drafted into the NBA, children in India are as excited as ever about trying the game, and the growth of our programme will ensure we get basketballs in the hands of even more boys and girls across the country." 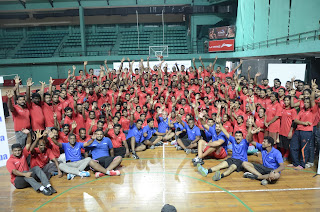 The programme, which remains free for participants, will include a train the trainer initiative for local coaches, in-school basketball clinics, elite training camps and finals in each city featuring 3-on-3 and 5-on-5 competitions. NBA International Basketball Operations staff will be based in each of the cities for three months to oversee the program. Each participating school will receive essential equipment to encourage and facilitate participation among its students, including an India-specific coaching guide with curricula for in-school and after-school programmes, basketballs, cones, and a Reliance Foundation Jr. NBA poster. In addition, each participating city will host three youth oriented basketball festivals featuring mini hoops for kids aged 6-10.

NBA Legends Bruce Bowen and Muggsy Bogues, WNBA All-Stars Tamika Catchings and Swin Cash, and Sim Bhullar, the first player of Indian descent to play in the NBA, have all traveled to India to support and participate in the programme.

Prospective participants, including children, parents, coaches and schools, can visit rf.jrnba.com for program information, including training resources and tips on staying fit.
Posted by KARAN MADHOK at 17:04