After five days of exciting basketball action, the finale of the 58th Kerala State Basketball Championship came down to a few familiar faces. On December 8, the Sree Kerala Varma College in Thrissur hosted a repeat of both the Men's and Women's Finals from last year. In the Men's competition, Ernakulum repeated their triumph from last season by thumping Thiruvanathapuram en route to a 89-48 win. Thiruvanathapuram were able to save some face in the Women's division though, when last year's losing side defeated reigning champs Palakkad 71-54 to snatch the gold medals. 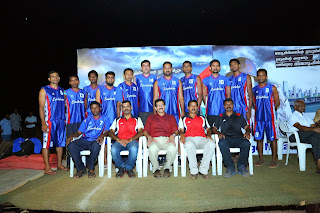 Thiruvanathapuram's Women's team - led by India internationals Jenna PS and Stephy Nixon - showed no trouble getting some revenge on last year's loss for their big victory. Jeena was fearless throughout, leading the way with 37 points. Neenumol PS and Liji Mol of Palakkad added 18 and 17 points respectively in the loss.

An onslaught of offense led by Abhilash (27) and Monish Wilson (20) led Ernakulum to a repeat title victory over Thiruvanathapuram, who were paced by Vijobi Vakkachan's 19 points. 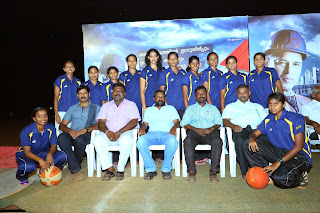 Earlier in the day, Kannur's Women side secured third place in the championship with a close win over Kottayam, 68-63. Premi P. Lal had an impressive 32 point outing for the victors, while Kottayam were led by young star Poojamol KS (19) and Minnu Marium (17). In the high-scoring men's third-place game, Pathanamthitta - led by Nicewin M (28) and Edwin Irvin (19) - outlasted Kottayam to score a 86-78 win. Akhil Mathew Sunny had a strong 30 point outing for the losing side.

The best performers of the championship will comprise of the state team to represent Kerala at India's Senior National Basketball Championship, slated for February 2014.
Posted by KARAN MADHOK at 08:01