"We had different players step up in every game," India's Coach Scott Flemming looks back at the FIBA Asia Championship


Nearly a month ago, India's Men's national basketball squad headed to Manila in the Philippines to take part in the 27th FIBA Asia Basketball Championship. Scott Flemming, who had formerly been a coach with the NBDL side Texas Legends, was named India's coach a year ago, and the FIBA ABC was his biggest international challenge yet.

After India finished a disappointing 14th at the FIBA ABC in Wuhan, Flemming was able to lead them to some improved performances in Manila. India lost their first game in an overtime heart-breaker to Bahrain even after holding a comfortable lead in the game's last minute. They bounced back with an impressive win over Bahrain, before losing to Kazakhstan in their final Preliminary Round Game. India were able to qualify for the second round where they played some of the best team's in the tournament, losing in all three games to Iran, China, or Korea. They weren't able to qualify for the Quarter-Finals, so next India played Japan in the 9-12th place game and lost despite holding a big first half lead. India were able to earn some revenge to Bahrain in the tournament's final game by defeating them in the 11-12the place matchup. 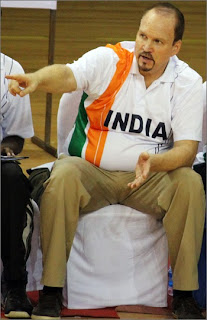 You can read my full India-centric review of the tournament here, where Iran won by defeating hosts Philippines in the Final, while India finished 11th with a 2-6 record.

To look back at the team's performances, I was able to get to get in touch with Coach Scott Flemming for a short interview. Coach Flemming spoke about India's evolving performances against tougher Asian competition, the individual performances of several Indian players, and on the improvements the team needs to make looking ahead to the future.

Hoopistani: What goals did you set out for the Indian squad before the tournament? Did you feel that the team was able to achieve those goals?

Flemming: Because of our past performances and the fact I had never participated in the ABC’s before it was a challenge to set specific goals on what place we were aiming for. We broke our goals into stages. Our first goal was win in the first round and move to the second round. The next goal, seeing the strength of the teams in the second round was play at our highest level to give us a chance at an upset. Our main goal was to reach our full potential. Of course we always play to win every game even when the odds are against us.

Hoopistani: What aspects in particular did you see improvements in the squad through the course of the tournament? 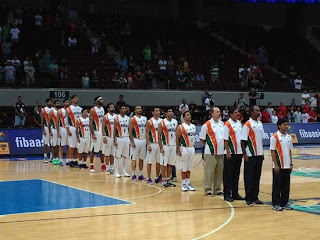 Flemming: I felt like the flow of our half court offense improved in the later games of the tournament. We also did a better job on the defensive boards. The third area we improved in was attacking the basket and not settling for jump shots.

Hoopistani: We had a great opportunity to win two games (versus Bahrain in the Preliminary Round and against Japan) which we gave away in the game's last minutes. In many cases, the team's shooting suffered as the opposition made comebacks and turnovers increased. What do you feel were the reasons for the team's nervy finishes?

Flemming: In the first Bahrain game everything that could go wrong did in that last minute of play. Some things we controlled and some things we didn't. We made several mental mistakes and missed some free throws. They also made a couple of tough shots and there were a few calls that could have gone our way. We were in a similar position in the second game [against Thailand] and sealed the victory easily. As painful as that first loss was we did learn some lessons. In the Japan game we outplayed a superior team for most of the game. It really was a shame we couldn’t finish them off. Foul trouble really hurt us at the end and I will give them credit for making some big shots when they needed to. We have to continue to learn to be better finishers.

Hoopistani: Which players surprised you most with their performance in the Philippines?

Flemming: I think we had different players step up in all of the games. Obviously there were up and down performances of most of our players but I believe all of them made a positive impact at different points of the tournament. 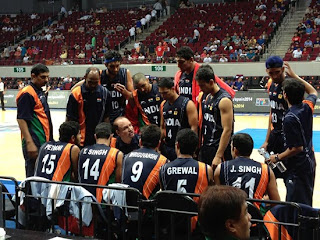 Hoopistani: In which game do you think the squad played it's best game - or was there a stretch when you felt that all your work with the team perfectly came together?

Flemming: Overall I think we played our best game against a very good Japan team. Again, it is a shame we were not able to finish strong. We led for 37 minutes. Unfortunately it is 40 minute game. We need to continue to have a goal of sustaining our play for 40 minutes or longer.

Hoopistani: How would you rate Vishesh Bhriguvanshi's performance as one of the team's most experienced players and captain of India?

Flemming: Vishesh is a very good player and a strong leader. He had some real bright spots in the tournament. Unfortunately, we had to play him out of position at times at the point guard spot. He is more comfortable as a wing. He is always a key player for our success.

Hoopistani: Narender Grewal started of the tournament on a hot shooting streak but slowed down as the championship progressed. Do you think he can continue to a reliable scoring threat for the team in the future? 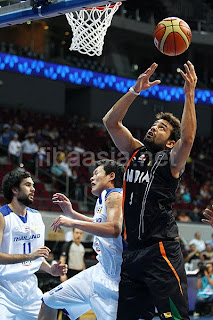 Flemming: Narender had several outstanding games earlier in the tournament. We had some other players step up later in the tournament that took away some of his minutes. He has a scorers mentality and he will continue to fill that role for our team.

Hoopistani: How did you feel about the performance of the big players - particularly Amjyot Singh who dominated the boards?

Flemming: Amjyot continues to improve. He has such a high upside. I don’t think he knows how good he can be. He was the best player on the floor at times during the tournament. I thought Rikin [Pethani] was one of most consistent players during the ABC’s. He played very well going head to head against some outstanding big men. Amrit Pal [Singh] has some good flashes but he struggled with being in foul trouble. I have no doubt that he will learn from this a come back strong.

Hoopistani: Satnam Singh Bhamara didn't seem to have enough time to find his comfort zone in Manila. Were his limited minutes based on the improved performances of other bigs or were you intentionally looking to regulate his role with the team?

Flemming: Satnam joined us late in our training but I believe he had some real positive minutes throughout the tournament. He is still a young player that is developing. I think his future is very bright. 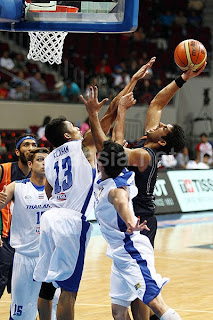 Hoopistani: We improved from 14th place in 2011 to 11th place this year. How happy were you about the squad's overall performances in Manila?

Flemming: I would say that all of us our encouraged by our improvement but we are not satisfied with our finish. That is a good thing. We need to continue to work hard to take that next step.

Hoopistani: Looking ahead: what gaps do we need to fill to continue improving for the future?

Flemming: In looking at our competition there are a couple of gaps that we need to fill. We are really playing without a true point guard. Joginder [Singh] and Vishesh are very good players but they are both more suited to be shooting guards. Sambhaji [Kadam] is really the only true point guard we have and as you know he got injured in the second game. We also need to improve our perimeter shooting. Many of the teams had 4 or 5 players that were consistent 3 point shooting threats. Although we will continue to drill our senior players these are areas that we need to focus on in developing our younger players. We need to increase our overall team quickness on both ends as well.

Hoopistani: You have spent a lot of time around India already in camps with young Indian talent. Are there any players who you feel could soon be ready to make the breakthrough to the senior squad? 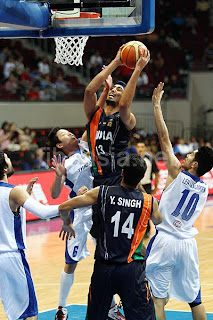 Flemming: There are a few younger players that could make that jump but I need to see how they develop over the next year.

Hoopistani: After almost a year here, how are you feeling about the future of Indian basketball?

Flemming: There are some things we can control and other things that are out of our hands. At the ABC’s I was educated to how most of the Asian countries supplement there teams to reach a high level of competitiveness. All but two of the teams have a “naturalized” player that is usually a big man or point guard from the U.S. In addition to that, some of the teams have players from the U.S. that are of the same decent of their respective country they are playing for even though they are not citizens. In most cases these are their best players. At the present time, our regulations do not allow us to take advantage of either of these opportunities. The things we can control is to continue to develop our players from our U14’s (and even younger) to our seniors. This includes more time for player development training and strength and conditioning. We also need to train consistently at high quality facilities and we need to play more exhibition games against strong teams prior to the FIBA events. While I am here I will do my very best to raise the standard of our play. I appreciate all the hard work the players and the other coaches have put in. It will take a team effort to keep moving in the right direction.