Which is India's "Basketball City" 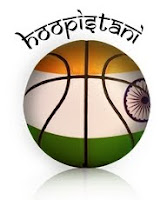 The time has come for you to decide: Hoopistani is ready to take nominations to decide what city in Hindustan should be crowned The Capital of Hoopistan! Which is India's Basketball City?
Cities should be nominated on the basis of the amount of talent produced, major tournaments held, those that play host to the most famous/succesful teams, those with the most illustrious history in basketball, or those with the most number of diehard hoop fans.
Write in your comments on the Hoopistani blog, or send your nominations via facebook, twitter - @hoopistani, or e-mail. Write about the city you feel should be nominated and back up your nomination with your strongest argument!
Is it Mumbai, which seems to be hosting the dearth of basketball tournaments nowadays, from the RMBT, to the Mahindra-NBA Challenge, or the Andheri-YMCA Tournament, or the Mastan League next month?
Or it could be Bangalore, which is a future location for the Mahindra-NBA Challenge, has a host of hoop fans, and nearby Tumkur is the home to the Sumpoorna Basketball movement, and the place where countless Indian national camps are held, including the national training camp recently held by JD Walsh, Craig Esherick, and Bob Baker.

Is it Chennai, the host of the 2009 FIBA Asia Women's Championship, as well as home to great national players, and a city with a long history of basketball fans and memorable training camps? The Tamil Nadu basketball Association also happens to be one of the most organised associations in the country.
What about cities in Punjab, like Ludhiana or Kapurthala? The Basketball Association of Punjab is one of the most impressive and succesful ones in the country, and of course, the state has a historical tryst with hoops. Ludhiana has hosted countless national tournaments, and Punjabi basketball players such as TJ Sahi and Manny Sahota have made waves around the world. Kapurthala is the legendary town which is believed to be the birthplace of basketball in India, and it featured many great players that represented the country over the past century.
And of course, I'm not forgetting India's capital... New Delhi has long been the place where several succesful school, college, and club teams have performed, where prodigious talents have been honed to reach their full potential. And of course, the city features one of the most basketball/NBA hardcore fan followings in the whole country. Could the capital of Hindustan also be the capital of Hoopistan?
There is also Baroda in Gujarat, which has a strong fan following of the game and has produced players like Dishant Shah, Himmatnagar’s Rikin Pethani, and others who have made waves around the country. 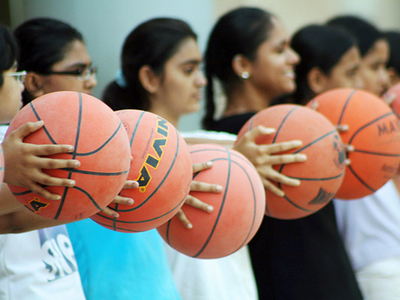 There are cities like Pune and Hyderabad, where there is no shortage of players and fans addicted to the game of basketball.
And honourable mention should go to my hometown, V-Town, Varanasi, the town which has one of the most amazing track records of producing national level basketball talent, from Trideep Rai, to current Cagers' captain Vishesh Bhriguvanshi, to the Singh Family of India - four sisters to take over the national women's team, and its a city where institutions like the Banaras Hindu University (BHU) and Mahatma Gandhi Kashi Vidyapeeth (MGKV) have been promoting basketball for years.
There are many more... Nominate your city, and submit your argument... In one week, the top five nominees will be announced for voting. One of these will then be chosen as the Basketball City of India.