The NBA has announced 50 elite youth talents from around India who will participate in the 3rd ACG-NBA Jump National Finals, which will be held at the NBA Academy India in Greater Noida on May 3-4. The ACG-NBA Jump has been NBA India's national talent search programme for India for the past few years. This year's top performers will be in contention to win a scholarship to join the NBA Academy India. 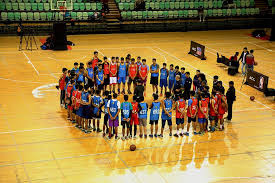 ACG, the first official partner of The NBA Academy India, will provide 50 players from around the country with the opportunity to be selected into the NBA’s elite basketball training centre at Jaypee Greens Integrated Sports Complex in Delhi National Capital Region (NCR). At the end of the two-day camp, the top prospects from the ACG-NBA Jump National Finals will be identified to receive scholarships and training at The NBA Academy India.

"The ACG-NBA Jump program is a great platform for players to develop and showcase their potential," said NBA India Managing Director Yannick Colaco. "Together with ACG, we look forward to welcoming the next class of elite prospects and providing them with world-class coaching and training to help them fulfil their potential both on and off the court."

The 2018 ACG-NBA Jump National Finals marks the culmination of a nationwide scouting programme which comprised of regional clinics and an open submission that allowed players to submit video entries showcasing their basketball skills, athletic ability and attitude.

In the 2016 ACG-NBA Jump program, 22 prospects were selected to receive scholarships and training at The NBA Academy India. Palpreet Singh, winner of the 2016 ACG-NBA Jump talent search program, was selected by the Long Island Nets in the 2016 NBA G League Draft. The NBA Academy India officially opened in May 2017 and builds on the NBA’s existing basketball and youth development initiatives in India.
Posted by KARAN MADHOK at 07:11