Compared to the full-length version of the game, Indian basketball has found a little more success in the international 3x3 stage. The shorter and more unpredictable format of the game has helped some Indian players make a mark overseas. Now, for the first time, this fast and furious version of hoops will make its biggest major inroad into India - with the country's first-ever FIBA-recognised professional 3x3 basketball league, the 3BL. 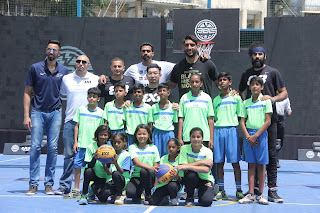 Run by YKBK Enterprise, who have been granted the exclusive rights contract from FIBA 3x3 for the Indian subcontinent, 3BL's first season will be held in six Indian cities - Mumbai, Delhi, Aizawl, Kolkata, Chennai and Bangalore - from June 9 to August 26 this year. The inaugural season of 3BL in India will feature 12 teams with international and Indian sensations like Amjyot Singh, Palpreet Singh Brar and international basketball sensations like Bikramjit Gill, Inderbir Singh Gill, Leandro Lima and many more.

3x3 Basketball is a 10-minute high speed basketball tournament and it officially became an Olympic sport in June 2017. It will be introduced in the 2020 Tokyo Olympics.

A special launch event for 3BL was held in Mumbai on April 25 in the presence of the tournament's organisers and many top league participants like Satnam Singh, Palpreet Singh, and Amjyot Singh.

Yoshia Kato, the chairman of 3BL said, "Seeing the performance of Indian origin players in the sport, we decided to start the first ever FIBA 3x3 recognised basketball league in India. We plan to make a serious impact on the growth of this sport in the country."

"Basketball has a fascinating story in India," said Rohit Bakshi, the commissioner of 3BL. "Till a few years ago, most people didn’t know anything about 3x3 Basketball and today it poses a serious opportunity. Our aim is to create a new fan base for basketball in India by promoting the 3x3 Basketball at a grassroots level and through wider outreach plans for viewers and players both."

"As the sporting landscape of our country changes and evolves, this short action-packed format will revolutionise basketball in India," said Sudhir Vashist, Chief of Marketing & Business Development, 3BL said, "It is definitely going to be a very appealing sport for both brands and audiences." 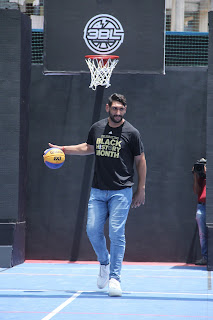 Before Season 1 of the 3BL begins, the list of participating players will be finalised on May 10, and the team draft will be held on the same day. There will be tryouts in Delhi and Bengaluru on May 13.

On 22nd & 23rd September 2018, FIBA 3x3 has allotted 3BL to host the 3x3 World Tour Masters in India. This is the first time that an International FIBA 3x3 event will be held in India and is one of the major events for the 2018 FIBA 3x3 World Tour Season. 12 teams will participate from across the World over a two-day event. 2 of those 12 teams will be from the 3BL Season 1 Clubs, selected based on their performance over the first two Rounds of the Season. The winners of Round 4 and 5 will be eligible to participate in the FIBA 3x3 World Tour Masters in India. If the Winners are the same for both Round 4 and 5, or one of the teams are unable or unwilling to participate, then the 2nd place team from that Round will be eligible to participate.

A total of 12.1 lakh rupees prize money will be handed out during the course of the league.