It was the year of streak-breaking. Six years of China's dominance of Asian junior basketball while other contenders waited on the wings. Twelve years since India's U18 squad got a shot at the Quarter-Finals. 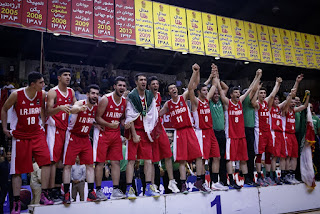 At the 2016 FIBA Asia U18 Championship for Men in Tehran, the home team Iran emerged as champs for the first time since 2008, breaking China's monopoly at the top of the podium, with a 71-65 win over Japan in the Final on Sunday, July 31st. Team India, meanwhile, made the Quarter-Final stage of the tournament for the first time in twelve years and finished at 8th place.

With both teams struggling to score in the first half, Iran started with more positive intent, leading 35-26 at the break, and extended their advantage to double digits by halftime. Japan's offensive firepower finally came alive in the fourth quarter, but it was a little too late as they came up short and Iran escaped to a 71-65 win. Japan relied on the single-handed brilliance of Keisuke Masuda, but his 35 points were eventually not enough to overcome Iran's balanced attack. Iran were led by Mehran Rezaei (18) and Mohammad Jafari (16).

Earlier in the day, Korea dominated Lebanon on all fronts to win 86-63 and grab the bronze medal, thanks to 26 points and 8 rebounds from Yang Jae Min. Park Jiwon chipped in 17 points for Korea. Karim Zeinoun scored 19 for Lebanon in the loss. 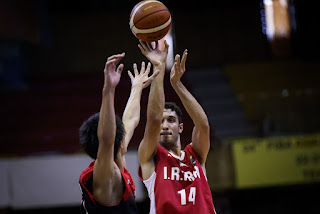 Iran, Japan, and Korea secured a spot in the 2017 FIBA U19 World Championship.

This tournament also ended up being a great exhibition of the future of Indian Basketball, as the U18 Men's squad featured some exciting young talent and displayed encouraging performances against some of Asia's finest teams. Coached by Dilip Gurumurthy and Paramdeep Singh, India's young roster with stars like Baladhaneshwar Poiyamozhi, Hariram Ragupathy, and Sahil all gave indications that they are on track to become important senior team players in the future.

India's first Preliminary Round game was also one of their most-winnable ones, against Thailand. Relying on their bigger size and athleticism, India enjoyed an offensive explosion to win the high-scoring game, 100-93 and start their tournament on the right note. A number of young players put up big stats for India, led by center Sahil who had 25 points and 8 rebounds. Poiyamozhi added 21, Ragupathy scored 17, and Vishal Kumar Gupta finished with 16 points and 14 rebounds. Justin Bassey (21), Suwichai Suwan (17), and Nattaworn Banchathon (16) led the scoring output for Thailand. 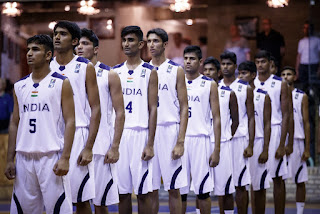 Facing the previous three-time champs, India's young players had to grow up quick against China in their second game. India responded to the challenge in style, and shocked China to lead 21-17 in the first quarter. But this was the perfect wake-up call for the Chinese squad, who outscored India by 20 points in the second half, and continue to blow out India in the second half to race to a massive 106-66 victory. Jianiyou Taruike (20), Jiang Man (19), and Zeyi Liu (16) led the scoring barrage for China. India's attack was carried by just two exceptional individuals, Ragupathy who ended with 31 and 8, and Poiyamozhi who added 25.

India's trend of starting games well before losing their concentration continued in Game 3, against Chinese Taipei. The game seemed to be in the balance as Taipei led by just three in the first quarter, but crucial runs on either side of halftime help Taipei create the necessary separation en route to a 93-79 win. Kuo-Hao Tao and Sheng-Ju Ting each scored 16 for Taipei in the win. The duo of Ragupathy (21 and 7) and Gupta (20 and 15) played well but the rest of the squad couldn't match their efforts.

The most exciting game of India's tournament was next against Iraq. At one point, as India led by 13 in the fourth quarter, it seemed that they had locked up their second win of the championship. But Iraq made a fantastic comeback to tie the score 77-77 at the end of regulation and send the game to overtime. It was all India in the extra period, as budding star Poiyamozhi (31 points, 6 assists, 5 rebounds) grew up leaps and bounds to win 93-83. Iraq's duo of Ihab Al-Zuhairi (23) and Rekan Abdalla (21) led the way for the losing side. 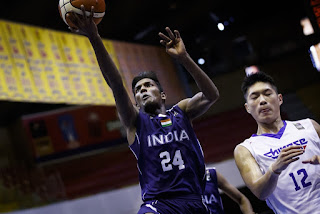 India's final Preliminary Round game was against Philippines, and from the start, India rarely stood a chance. Jojo Mendoza of Philippines led all scorers with 23 to win 105-82. India's Daniel Richards Arthur Wilson scored 16.

The 2-3 finish saw India finish fourth in the Group and face off against Group A winners Lebanon in the Quarter-Finals, where India had reached for the first time in 12 years. As it had become their habit, India started off extremely well, but Lebanon used a massive 26-9 advantage to secure an insurmountable lead. Mark Alkhoury (18) and Naji Ozeir (17) carried Lebanon to 98-67 win. Gineeb Benny scored 19 for India while Poiyamozhi ended up with 17 points.

India now had to contend with the 5-8th PLC classification game, and faced a rematch against Chinese Taipei. Taipei were much more dominant this time around. Taipei blew out India early to race to a 97-66 victory led by 16 points by their captain Ting-Jhao Jian. 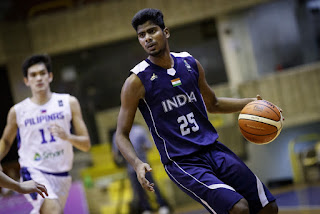 India's final game was also a rematch, this time against the Philippines. Although India played without their captain Poiyamozhi, the rest of the squad showed fantastic determination to bounce back from a 10-point first-half deficit to make it a three-point game in the fourth quarter. The back-and-forth match ended with the Philippines surviving to win 67-64. Gupta had 20 points and 11 rebounds for India while Ragupathy added 18.

With the loss, India finished the tournament with a 2-6 record at 8th place.

With 17.1 points per game, Baladhaneshwar Poiyamozhi ended up as India's leading scorer and the 5th-leading scorer of the tournament. He also led the team with assists (4.0 apg), which was the second-highest assist average in the championship. Hariram Ragupathy added 15.4 ppg while Vishal Kumar Gupta averaged 12.3 ppg. India relied heavily on their top tier starts to carry them, as Poiyamozhi, Ragupathy and Gupta each played over 35 minutes per game and had three of the top five highest minutes averages in the tournament.

India will consider this a huge upgrade after their disappointing performance in the 2014 edition of the tournament, where they finished at last (13th) place. By breaking into the Quarter-Finals, India has ensured that their basketball squad will not be taken lightly any more. More importantly, they now have a framework to build an exciting team for the future of the Senior Men's team.
Posted by KARAN MADHOK at 10:51