Harshwardhan Tomar had a year to remember, and as we close the chapter on 2015, his ascent, potential, and success mirrored the story of India basketball as a whole.

Tomar, a 14-year-old 6-foot-7 power-forward/center, who hails from Madhya Pradesh's Bhind district and was a starter for India's U16 team at the 2015 FIBA Asia U16 Championship, received news earlier this week that he has been recruited to the Stellazzurra Basketball Academy in Rome (Italy). Tomar will become the first Indian national to have this opportunity in Italy and joins a growing list of young Indian talents who have started to make their mark in basketball programmes abroad this year. Tomar, who was scouted by Stellazzurra based on his talent and potential at the U16 FIBA ABC, has been invited to train at the academy for the next three months. If he can impress his academy's coaches, he will land a full scholarship to study and play basketball in Italy on a long term basis. 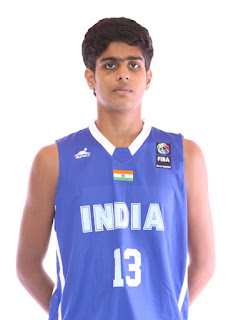 Based out of Rome, Italy, the Stellazzurra Basketball Academy has been in existence since 1938. The Stella Azzura basketball club plays in the third division Serie B in Italy. Current NBA player Andrea Bargnani - the 2006 number one draft pick - is a notable alumnus of the academy.

The Academy is known to focus on international talent and already has players from 19 different countries. Among other facilities, the Academy boasts of three basketball courts, a swimming pool, a physical work area, player analysis rooms, boarding facilities for up to 50 players, a canteen, an external playground, homework area. Their recruitment programme from the Asian region began a year ago and continues to grow with its network of talent scouts in the region. The Academy also recruits players from Europe and Northern Africa. It emphasizes education alongside basketball for its recruits and has a tie up with the Marymount International School in the city.

As he rose to prominence for Madhya Pradesh's Sub-Junior team this year, Tomar was scouted and chosen for India's U16 roster that headed to Jakarta (Indonesia) for the 2015 FIBA Asia U16 Championship. His per-game stats (5 points, 5.2 rebounds, 1.3 blocks per game) weren't eye-popping, but Tomar started and played big minutes for the Indian team that finished at 13th place in the tournament and did enough to impress scouts with his potential, size, and athleticism. He received attention from many European clubs, but ultimately picked Stellazzurra for their reputation of developing international talents.

Tomar flew out of India on Wednesday, December 23. He will be training with the Academy team, and playing in some unofficial matches to gain exposure and adjust to the system in Europe. Depending on how he does, he would be invited for full-time Academy student.

"It will be a little bit different," Tomar said on taking his talents abroad, "But I am focused towards my ultimate target of playing in the NBA." 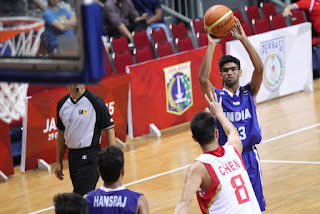 Stellazzurra's Basketball Academy Operations Manager for Asia, Mauro Matteo, said, “The arrival of Harsh at Stellazzurra Academy is the first piece of the puzzle we started building a year ago together with Director of Basketball Operations, Giacomo Rossi. Despite the competition from top European clubs, we managed to make it clear to everyone involved in Harsh's decision that our programme on the guy goes beyond creating a top player for European level, it also means giving him an academic of the highest level. We want to give him a chance to be master of his destiny. Recruiting the No. 1 prospect of a country that is interested in basketball like India, with a population of 1 billion three hundred million people, could mean huge showcase for Stellazzurra Basketball Academy, but above all the chance to play a key-role in a very important geographic area."

Stellazzurra's Director of Basketball Operations, Giacomo Rossi said, “One of the goals we have to implement our Academy is to explore some 'basketball market' little known but of enormous potential. To be able to start already with a very interesting player from a country like India is very exciting. For us it's a chance to improve ourselves even at home, now we will have a guy from another culture more than those already host. We will be able to make him feel at once a “stellino” to start technical, physical and academic work about him."

Tomar’s imminent international move comes on the heels of numerous Indian talents who have quietly moved abroad for exposure at the high school, college and professional level. In June, Punjab's Satnam Singh became the first Indian to be drafted to the NBA when he went 52nd in the 2015 NBA Draft to the Dallas Mavericks. He's now playing for the Mavericks' D-League affiliate, the Texas Legends. Two other Punjabi young giants - Amrit Pal Singh and Amjyot Singh - were chosen to play in the Japanese BJ Summer League earlier this year and are now playing professionally for Tokyo Excellence of Japan's D-League. There are also other Indian basketballers who have privately pursued opportunities at the school and college level. Prominent among them is Kavita Akula (India women’s point guard who has joined a junior college in Kansas) and Ambati Prudhvishwar Reddy (junior Indian men’s team who joined a Barcelona based Academy before switching to a high school in the US).

Speaking about the positive development, president of the Basketball Federation of India (BFI) K Govindaraj said, "This is a big step for Indian basketball and its players. This recognition will only help spread the game across India as more families gain a better understand of the benefits of basketball. We wish Harsh the best luck and we look forward to his continued success."
Posted by KARAN MADHOK at 04:34