After several years of holding court as the Basketball Federation of India's (BFI) Secretary-General, Ajay Sud surprisingly resigned from his position earlier this month. Sud's resignation has come around a time of disarray for the BFI: with their Annual General Meeting (AGM) about 10 days away, factions within the federation that governs basketball in India have been divided. It is a problem that roots within a power and leadership struggle at the helm of the BFI and showed its effect when two separate circulars were sent to state basketball secretaries about the date and location of the AGM this year.

Around four years after becoming the Secretary-General, Sud has resigned from his post, and there are suspicious that the conflict and pressure within the BFI - especially in regards to the AGM - may have led Sud to this decision. While there are some claims that it was originally planned for the AGM to be held in Bengaluru on March 27, the new circular on the BFI website claimed that the AGM instead will be held in Pune (during the Federation Cup) on March 28. 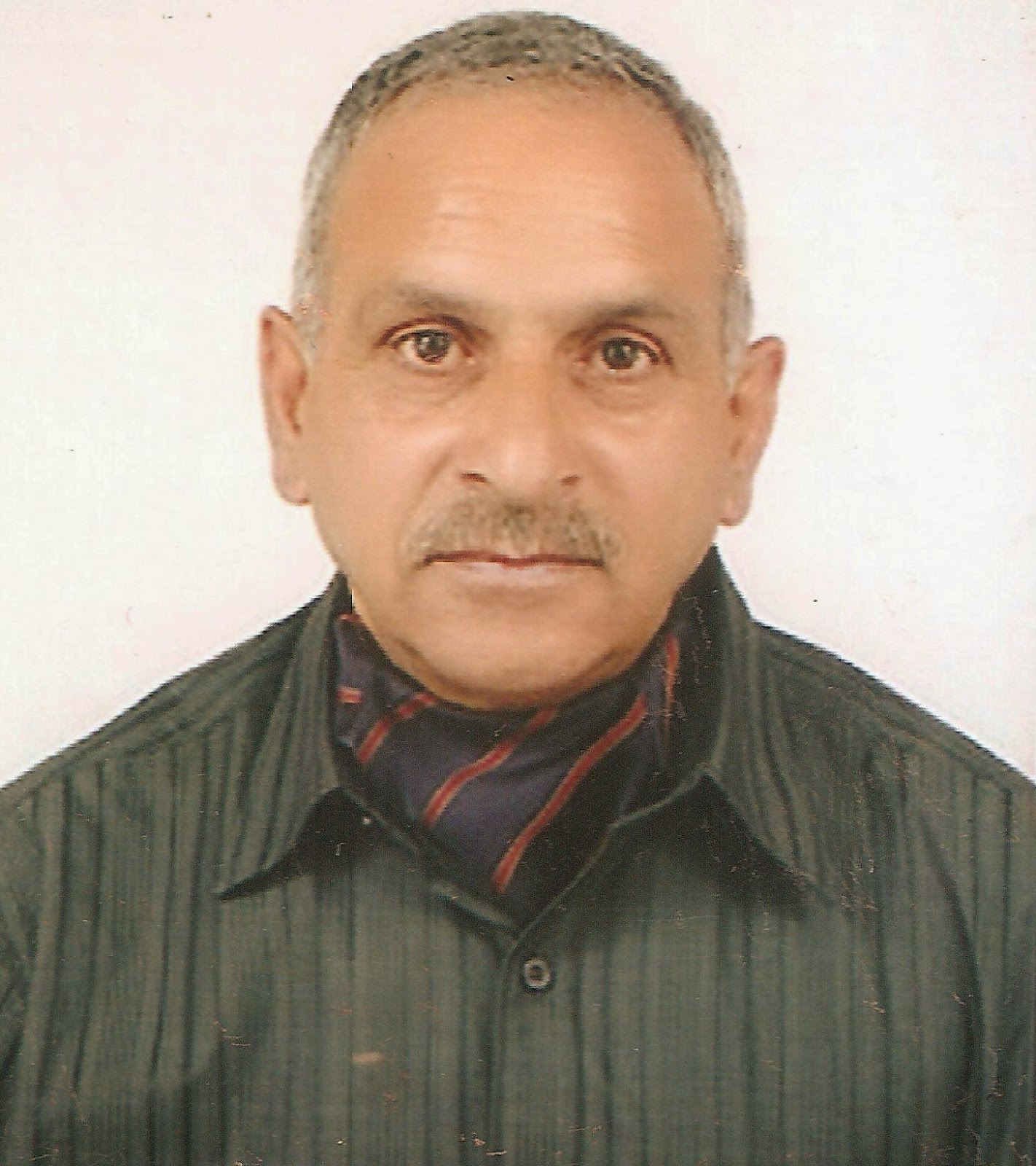 Within the BFI, senior leaders had discussed to now end the CEO position and degrade Roopam Sharma to the (non-permanent) Secretary-General position at the AGM; this could be the reason why those in support of Sharma as the CEO would be willing to a different annual meeting than those who were against it.

Sports journalist Kamesh Srinivasan - who has long-covered basketball for The Hindu and Sportstar - exposed the news about Sud's resignation and the split within Indian basketball on his blog a few days ago:

... a communication to the members was sent on February 28 about the AGM, with a promise that the details would follow shortly, as advised by the BFI president. However, the secretary general of the BFI, Ajay Sud, sent a circular on March 2, stating that the AGM would be held in Pune on March 28. Perturbed at having to go against the original understanding and directive of the president, the secretary general tendered his resignation the same day, after sending the circular.
"On moral ground and taking responsibility for what has happened, I extend my resignation... ", wrote Ajay Sud, in his communication
to the president, with copies to all the members of the association.

"I was pressured by some people to change the venue of meetings to Pune for which I gave my consent without the approval of President under
my scanned signatures on 2nd March 2015. As this action of mine was not according to my conscience and moral values... I resigned from the post of Secretary General", clarified Ajay Sud on Thursday.


The president RS Gill, who has served three terms in office and will be stepping aside after the AGM, took charge of the situation by sending the circulars to the members and also appointing a Returning Officer for the election to be held in Bengaluru on March 27, as he derived the powers to do so in the absence of the secretary general, as per the Constitution of the BFI.
However, the BFI with its headquarters in Delhi, swung into action and called the actions of the president as ‘illegal’ and ‘unconstitutional’. It has also sought the intervention of the Union Sports Ministry and the Indian Olympic Association (IOA), stressing that the president had no authority to act the way he had done.
"Under the given circumstances, the President should have called for an emergency meeting of the Executive Board to discuss the status and
to take the consent of the General House", wrote CEO Roopam Sharma, emphasizing that she had the "sole legal authority to represent BFI including all correspondence as per the constitution of BFI".


I suggest that you read the full post by Srinivasan that had earlier brought this entire issue to light.

In India, the sports development code – formed by the Ministry of Sports – only allows a maximum of eight years for principal office bearers of a sports federation. During the past decade, Harish Sharma was the overruling ‘father’ of BFI, and thus, Indian Basketball as a whole. The BFI created the CEO position for Sharma, explaining that it was created specifically to keep him in a position of influential leadership. But in early 2012, at just the age of 53, Harish Sharma passed away, leaving the leadership of the BFI in temporary disarray. Instead of reverting to the old constitution (without a CEO), the BFI named Harish’s wife – Roopam Sharma – as the federation’s new CEO a few months later. Without a government-mandated time limitation for this position, Roopam – who is also a Deputy GM of Air India (Ground Relations) – is still the CEO, and may continue to remain so. She and her Deputy CEO Prem Pal Singh remain responsible for the majority of BFI’s decision-making, and thus, for the fortunes and future of basketball in India. 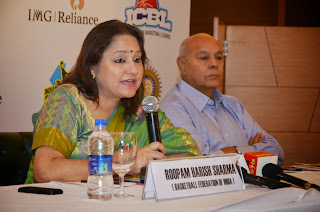 While the BFI has expanded its grassroots reach over the last few years with massive school and college leagues across dozens of Indian cities, there remains some dissatisfaction among federation insiders who believe that the current administration is failing to focus on a long-term development plan for the game.

At the AGM - wherever it's held - the BFI will elect new leaders and executive committee. While Sharma fights to a) keep the AGM in Pune and b) keep her CEO position, she can also count on the support of associates elected as representatives in other states who have had her support to win their state-level elections.

A prime example of this is in Maharashtra, where the experienced previous secretary of the Maharashtra State Basketball Association (MSBA) M. Venkatesh did not find a place for himself in the new structuring of the state federation last month to the surprise of many who respected his work for leading the development of basketball in Maharashtra and nation-wide. BJP politician and Mumbai North Member of Parliament Poonam Mahajan was voted unanimously as the MSBA’s new president while; Venkatesh was excluded was the entire 15-member executive committee. The General Secretary and President of each state federation in India gets a vote at the national level in choosing the BFI's general-secretary. With favourable individuals at the helm of the states, the BFI leadership can hope to extend their hold of the national power structure.

Sud has unwittingly become the latest pawn to fall in this elaborate game that is more chess than basketball. When I interviewed him a few months ago, Sud had told me that he would definitely be trying for another term as Secretary-General at the AGM, but had added that, "There is a lot of politics going on in the BFI,". Now, a few weeks before the event itself, he has counted himself out of the running. He now serves only as the secretary of the Himachal Pradesh Basketball Association (HPBA).

Meanwhile, Venkatesh - who remains as one of the Vice Presidents of the BFI - has said that there is much work to be done to save the future of basketball in India.

“We should have a long-term plan,” Venkatesh told me, “We have foreign coaches, but our coaches should not be idle. They should always been doing something. We have plan for the Asian Basketball Championship (ABC) two years ahead every time. Who has to make the plan? Grassroots training isn't targeted or planned, either. That is the future of basketball in India. But we are continuing with the same old people and not getting any better performances at the ABC. When Harish Sharma was there, he was Secretary-General, the CEO of BFI, the Secretary-General of Middle Asia Zone, member of FIBA Asia, and IOA president. Today we don't have any Indian representation in FIBA Asia, Middle Asia etc."

Last summer, when India’s Men’s national team overcame the wildest odds and 40 spots of FIBA ranking to defeat the mighty China for the first time in the nation’s basketball history, it seemed that basketball in India was ready to take a great leap forward. American Head Coach Scott Flemming had successfully inspired the underdog side through self-belief and team-spirit to challenge several more talented teams at the FIBA Asia Cup in Wuhan (China) and ushered in a promise of international success ahead.

Unfortunately, back home in their own country, India’s basketball heroes have returned to a different kind of team. To a broken federation of associations that are running the sport in India and allowing internal politics to stunt the growth of India’s basketball potential. Fans of the game will hope that there is a quick and clean resolution to the power struggle at the top and the BFI returns to the path of thinking about the sport, instead of thinking about itself.