We know who the best basketball teams in Asia are. And now, for the first time, Asia’s top sides will contend amongst each other in an official FIBA tournament to reveal who will emerge as the strongest country in the game’s strongest side in the 3x3 basketball format. Worldwide, there has been increased attention on 3x3 hoops – from international tournament to inner-city competitions – and we’ll see the format competed at the top Asian level on May 15-16 at the 1st FIBA Asia 3x3 Basketball Championship for Men and Women in Doha (Qatar). Both of India’s Senior Men and Women’s teams have qualified for the tournament. 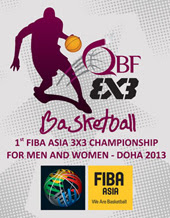 Despite being minnows in many recent FIBA Asia Basketball tournaments, India has actually enjoyed quite a successful recent history in 3x3 competitions at Asia level. India's Men and Women both dominated the South Asian Beach Games in Sri Lanka two years ago where they both won gold medals; and more importantly, India's Women's team won gold at the 3rd Asian Beach Games in China against the hosts last year.

Here are India’s Rosters for this tournament. Each team has four players; three starters and one off the bench. 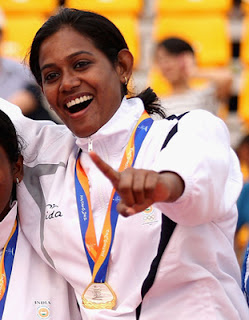 The first thing to note from the list of participating teams in either division is that Asian basketball heavyweights China aren't taking part in the competition, and neither are Korea and Japan Women. Nevertheless, there will still be some big challenges for India to survive if they hope to make history at this first-time tournament. The Men's team - which consists of younger, more inexperienced players rather than India's Senior level veterans - will face a major powerhouse in Iran in the group stage, and will have to look out for other challenging sides like Lebanon, Jordan, Japan, Qatar, Chinese Taipei, and Philippines ahead.

India's Women's side could have a real chance at a podium finish. Without the big four of China, Korea, Japan and Chinese Taipei in contention, India could be considered as one of the early tournament favourites. With experienced superstars Geethu Anna Jose, Anitha Paul Durai, Manisha Dange, and Pratima Singh leading the way, this team will be aiming for gold.